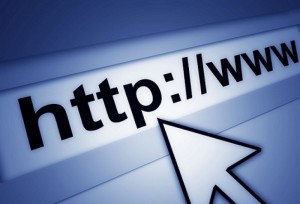 Earlier this month, Federal Communications Commission Chairman Tom Wheeler announced that its five commissioners will conduct a vote on February 26 to decide whether to grant itself the authority to regulate the Internet under Title II of the Communications Act of 1934. It’s highly likely the FCC will give itself this new power. Lawsuits are certain to follow. The Wall Street Journal’s L. Gordon Crovitz denounced FCC Chairman Wheeler’s decision to apply outdated regulations designed to manage the erstwhile Ma Bell telephone monopoly to today’s rapidly evolving Internet. He warned that these “reactionary regulations” will mark “the end of the permissionless innovation that built today’s Internet.”

Mr. Crovitz is correct. Here are some of the far-reaching implications and negative consequences of the FCC’s new policy:

1) Innovation will be squelched. Crovitz’ phrase, “permissionless innovation” gets right to the heart of the problem. He notes, “In 2005, the U.S. Supreme Court warned that if the FCC treated the Internet as a telecommunications service, it ‘would subject to mandatory common carrier regulation all information service providers that use telecommunications as an input to provide information service to the public’—in other words, almost all websites and apps would be subject to regulation.” Chilling. If this were to happen, and it’s not unreasonable to suspect that it could if not challenged, the FCC would have a chokehold on entrepreneurial innovation and technical creativity. Even if the FCC consisted of nonpartisan experts (which it doesn’t and probably never will) the entrepreneurial process of creative destruction would be diminished. The problem with experts sitting in judgment and deciding which breakthroughs and entrepreneurial visions will be given the green light is that experts are only experts about the past, while entrepreneurs are the ones who invent the future. Today’s “experts” are spectacularly unqualified to sit in judgment about how the future should evolve. To believe otherwise is to fall for the oft-discredited myth of government economic planning.

2) Cronyism and special interest politics will be strengthened. By adopting the highly subjective language banning “practices” that the FCC decides are “unjust or unreasonable,” the FCC is inviting lawsuits from large corporations with deep pockets designed to cripple less-well-capitalized newcomers. Thus, the FCC continues the current president’s pattern of favoring large entrenched corporations (e.g., the ACA and Dodd-Frank Act—see Timothy Carney’s 2009 book, “Obamanomics”). In addition to favoring established big businesses, the new regulations create yet another government make-work program for lawyers.

3) Consumers will pay more. Government regulatory control almost invariably makes things more expensive by raising prices higher than free-market prices. This happened with trucking under the Interstate Commerce Commission, airlines under the Civil Aeronautics Board, and long distance telephony under this very same FCC. In fact, this new FCC rule will encourage and empower existing businesses that are falling behind to petition the FCC to hamstring and even shut down emerging competitors that are outperforming them. This is exactly how antitrust law has been abused throughout our history—penalizing efficient competitors to protect inefficient competitors at considerable cost to the American consumer.

4) The constitution will be weakened. The FCC’s action is another step away from the hallowed principle of representative government and toward bureaucratic tyranny. It is simply the latest in a long series of executive branch usurpations of Congress’ constitutionally mandated legislative prerogative. For a few unelected political appointees to break decades of precedent and unilaterally decide to regulate the Internet is abhorrent—especially since, once the process gets underway, these same unelected officials will act as judge, jury and executioner in the cases that come before them. Chairman Wheeler is trying to reassure us by promising to “forbear” from actually exercising full regulatory power, but of course, he is vague about what powers he and his colleagues wouldn’t exercise. Once the sought-after powers have been conceded to the FCC, they will have vast discretionary and arbitrary powers.

5) Free speech will be compromised. The First Amendment itself would be at risk under this new FCC regime. If you think that the IRS discrimination against conservative tax-exempt organizations was offensive, imagine what the FCC could do to stifle communication by not approving select websites. If you need government permission to disseminate ideas, speech can hardly be said to be free.

Congress needs to wake up and decisively halt this unwarranted expansion of executive branch power. In previous cases of bureaucratic overreach (IRS, NLRB, NSA, etc.) some members of Congress have made lots of noise, but the consequences to the perpetrators have been pathetically weak. It’s time to move beyond giving indignant speeches and an occasional slap on the wrist. Why not abolish the FCC, update federal communication law, and then let individual cases be litigated in common law courts?