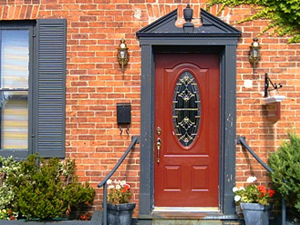 I admit there were times growing up when us kids rolled our eyes at the strange ways of Mom and Dad.  The Old Coots (as they are sometimes known) could just be so out-of-step with the times.

Granted, this was partly due to circumstances.  My folks raised eight kids in the seventies, which were decidedly difficult economic times.  On top of that, Dad was self-employed, which presented extra financial challenges of its own.  They couldn’t count on a paycheck every Friday.  As the saying goes, Dad had to kill what he (and we) ate.

But Mom and Dad were pretty hardy folks.  I never knew them to blink when staring uncertainty in the eye.  Reach for their Rosary beads, yes.  Fear, no.  Such is the power of faith.

Through it all the Old Coots learned to stretch a dollar like an accordion at a polka festival.  DIY was their credo – from Mom making clothes to Dad turning out furniture in the garage.  Cars to composting, Mom and Dad had every facet of the of the domestic economy covered with the efforts of their own capable and calloused hands.  They belonged on a Conestoga wagon opening up new territory, not the shag carpet world of 1970’s American suburbia.

Then, just when you thought you knew what made them tick and had every idiosyncrasy of the Old Coots figured out, they would go and throw a curve-ball at you.  Such was the case with their dogged devotion to the Fuller Brush Man.  When the Fuller Brush Man came knocking at the door, all of Mom and Dad’s thrifty pioneer ways went out the window.

For those who don’t remember, or are too young to have experienced it (I hate dating myself like this), the Fuller Brush Man was an exemplar of that by-gone institution of Americana:  the traveling salesman.

The Fuller Brush Company manufactured, as the name suggests, various types of brushes used for household cleaning and personal beautification.  And they sold their wares through the auspices of the door-to-door salesman.  The Fuller Brush Man would knock on your door carrying a suitcase full of samples from which he would extract various bristled products, extolling the myriad virtues of the unique curvature and prickly rotundity of each, while giving you a chance to handle these marvels of modern engineering which, thanks to the Fuller Brush Man, were now available for you to own and use your very self.  He’d take your order, and a few weeks later return to deliver the goods right to your home.  And of course, while he was there, could he show you a few new items that might interest you?  All of your brush needs, from buffing the bowl of your toilet to curling the coif of your hair, could be supplied from the same handy itinerant dry-goods retailer right in the comfort of your own living room.  It was kind of like today’s on-line shopping, only with a handshake and a check instead of a mouse and a Mastercard.

Which was all well and fine, but what puzzled us kids was why Mom and Dad went for it with such zeal.  They bought mountains of combs, bristling boxes of brushes, and cleaning implements whose uses I never fully understood.

Don’t get me wrong.  The Fuller Brush man always seemed like a nice guy.  He had a huge smile, he’d chat and laugh and joke with us kids and fill the whole house with the smell of his aftershave.  But nice or no, here Mom was knitting hats for the winter and Dad tearing out walls to get at the pipes so he could fix our plumbing himself, and then they’d buy Fuller Brush merchandise like they were survivalists with a serious neat-freak streak stockpiling against the threat of a brush-production catastrophe striking the Free World.  To this day our family is still drawing down the surplus of Fuller Brush paraphernalia built-up in those years.  I don’t think I’ve ever bought a comb on my own in my whole life.

Well, whatever it was that made Fuller Brush products so irresistible to Mom and Dad remained an enigma us, their progeny.  It was only when Dad ended-up taking a job in a distant city and our family moved that the Fuller-influx stopped and the Fuller Brush Man passed from being a regular household visitor to becoming just another faded memory from days-gone-by.

Until, many years later, after college and law school, I took a job that brought me back to our old hometown.  One day I was sitting on a bench in a park where I used to play as a kid, when who should pedal past me on a bike?  He was older, a little more bent, with a lot more gray hair, but the smile was the same — and there was no mistaking the aftershave.  It was the Fuller Brush Man.

I couldn’t believe it.  A forgotten piece of the past brought back to life on an aged and rusty easy-rider old-folks bicycle.  And then, just like that, in the moment of recognition he was already past and gone again in a flash of whirling spokes with only a trailing wisp of aftershave to prove that he’d really been there.

I called Mom that night and told her of my encounter with a childhood icon from yesteryear.

“He was always such a nice man,” Mom said.  “It’s just too bad what happened.”

“About his wife,” Mom said.

“What about his wife?”  I asked.  “I never heard anything about the Fuller Brush Man or his wife.”

“He wasn’t always a Fuller Brush Man,” Mom said.  “He had five small children when his wife died.  He quit his regular job and became a Fuller Brush salesman so he could have a flexible schedule to take care of his kids, to be home with them in the mornings and after school.  It was hard, but he’s a good man.”

All those years, I’d put down Mom and Dad’s Fuller Brush frenzy to a loose cog in the Old Coot wheel-works.  But no, as with everything else, they had their reasons.

I was reminded of Scripture:  “The intention in the human heart is like water far below the surface…”  Prv 20, 5.

Parents especially, I’ve learned, are driven by intentions that can seem inscrutable.  Particularly from the view of today’s prevailing culture, with it’s strong emphasis on “me”.  Whether it’s a Dad who trades in a more lucrative 9-to-5 job for something flexible to allow time with his kids, or two Old Coots constantly fiddling and patching a clunky washing machine that dates from the dawn of the Industrial Revolution so they can save some money which they turn around and spend on untold dozens of cleaning brushes, those entrusted with the care of God’s children (and their allies) have their own reasons for the things they do.  If those reasons often seem out-of-step with the modern zeitgeist and its “ethic-of-I”, it’s not because of any fault with the reasoning of the Old Coots and Fuller Brush Men.  It’s the prevailing culture that needs to change.  Even the decision to have kids now seems baffling to many.  But if our society can be brought back to a respect for life, to again value and honor every human person as intentionally created by God and stamped in His own image and likeness, it will be from the unrecognized and unheralded spiritual pioneers quietly blazing their own counter-cultural trail through the wilderness of modern times, knitting their own hats and fixing their own cars and buying scrub brushes as they lead the way. © 2011 Jake Frost