Trending Now
You are at:Home»Learn & Live the Faith»Apologetics»The Gates of Hell Within Us Shall Not Prevail
By Jim Cole on February 19, 2013 Apologetics, Featured 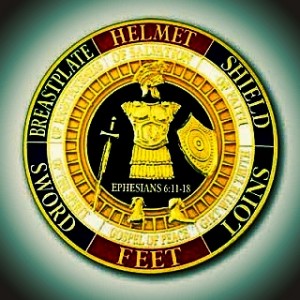 When we hear these words, we often think of the Church as a fortress whose foundation is sunk into bedrock.  We imagine enormous waves of evil buffeting the walls, but always falling back, dissipated and disorganized.  We are reminded of the earlier discourse in which the Lord compared people who listen to His sayings and carry them out to wise persons who build their houses on rock. Matt. 7:24-27.

But the image of a fortress built on rock does not fit well with the last part of the verse, “the gates of Hades shall not prevail against it.”  How is a fortress attacked by gates?  Gates are stationary.  The Church is attacked not by the gates of hell, but by the minions of hell.  The Lord says that the gates shall not prevail, but he does not say that the gates will attack.  I submit the opposite: Christ is telling us that we, his Church, shall attack the gates of hell.  He calls us to do so.  In fact, our own salvation depends upon it.

I know I am reluctant to hear a call to arms.  I am a working man.  It already seems there are too many things to do in daily life just to keep my head above water.  We don’t need to pick fights with anyone; we’re too busy with all it takes just to get by in this world.  But like it or not, if all I can manage is to keep my head above water, I will be swept along with the flood into hell.  We may not find it pleasant or convenient, but we have no choice: spiritual warfare is thrust upon us all our lives.

C. S. Lewis said the world sits in enemy-held territory.  Do you doubt it does?  Look around at our own society.  I submit these exhibits for the jury’s consideration:

(1) Massacres of innocents are increasing in depravity as well as numbers.  Two months ago, 20 first-graders were shot to death in their classrooms.  First graders!  What kind of society is this?  (2) Here’s what kind it is: since 1975, over one million innocent, helpless human beings have been aborted in cold blood every year.  (Roe v. Wade was in 1973, but it took a couple of years for the death factories to get up to full speed.)  In recent years, the number averages 3,315 per day, day after monotonous grisly day.  Each day represents more than twice the aggregate number of persons executed in capital punishment in the 36 years since 1977, when the Supreme Court’s death penalty moratorium ended.  Every two days the number of deaths by abortion exceeds all the U. S. executions of the last 80 years.  (3)  We increasingly undergo the traumas of divorce, of abandonment of families by fathers and sometimes mothers, of pornography, of drug addictions, of flash mobs attacking people and looting retail stores, of large corporations throwing their pensioners to the wolves via spin-offs and chapter 11.

Ladies and gentlemen of the jury, I think you will render the same verdict as G. K. Chesterton: “[O]riginal sin . . . is the only part of Christian theology which can really be proved.”

Our Lord is kind and merciful.  He loves us too much to leave us mired in the miserable consequences of our sins, but He does not set us free without our participation.

That’s where our struggle comes in.  Spiritual warfare is not primarily external, although there are external dimensions to it.  The gates of hell are found within our own hearts.  Alexander Solzhenitsyn learned from years of imprisonment in the Soviet gulag that “the line separating good and evil passes not through states, nor between classes, nor between political parties either, but right through every human heart, . . . “

When the Lord says that the gates of hell will not prevail, He is not calling us primarily to crusade to save our society, but first to fight for our own spiritual lives.  We will find that working on our own holiness requires us to try to reform our society, but first comes our own conversion, then our crusade to bring love into the world.  John Paul II, Tertio Millenio Adveniente, nos. 42 & 50.

Spiritual warfare requires weapons of love and humility, not hate and anger.  Christ destroyed the power of death not by assuming worldly power and doing away with his enemies, but by humbling himself to the point of death.  Phil. 2:8.  “I am gentle and lowly in heart, . . .”  Matt. 11:29.  Such love and humility are more powerful than death itself.  He rose.  “I died, and behold I am alive for evermore, and I have the keys of Death and Hades.”  Rev. 1:18.  So we can wage the needed battles of love not with our own paltry resources, but Christ’s.  We become part of His very body, the Church, the Church that he promised will overcome the gates of hell.

It is a tough battle.  Our self-centered wants and desires lurk in the shadows, evading our good intentions, and they put up stubborn resistance when directly challenged.  Lent encourages us to receive the Lord in prayer and in the Eucharist so that He can dwell within us.  It calls us to fast to enable Him to extinguish our self-centeredness and overcome our wants and desires.  It focuses our will to begin to love by giving ourselves as He did.  In Lent we let Him build up the rock of faith and love, and with His whole Church assisting us, the gates of hell that we find within ourselves will not prevail.