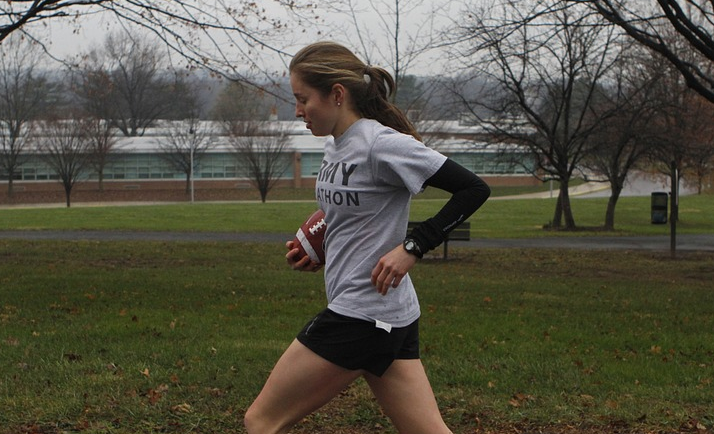 For me, the cliché “I can read you like a book,” means I understand a person very well, that I can tell what they’re thinking without having to ask.

I have believed that since I began my professional writing career more than 30 years ago. Most of that writing involved sports. I wrote hundreds of feature stories about high school young women and men who played a variety of sports, college basketball players and big-league baseball players.

The games those people played provided the initial reason for writing about them. But I quickly learned the best stories were more about the people than the games. We all are books, filled with tales of joy and sorrow, laughter and tears. The chapters and anecdotes from our lives teach the world in ways that are unique, profound.

One of the most impressive of all those stories I helped tell during my years at the St. Louis Post-Dispatch involved a high school senior who ran on a relay quartet for a girls’ track team. She was funny, outgoing, introspective — and had a prosthesis, the result of losing one of her legs during a lawn-mowing accident at the age of 8. Yes, she had only one full flesh-and-bone leg yet ran on the track team. Anyone wondering about the courageous, never-give-up potential of the human spirit found a memorable lesson in Shirley’s story.

I once traveled to a small town in Missouri’s Bootheel for a story about a successful high school boys basketball team. After watching a game, I interviewed the coach late into the evening. About 2 a.m., he paused and said, “I can’t believe the St. Louis Post-Dispatch is sitting in my basement.” His humility was all the more impactful considering his story — the son of a sharecropper, he was articulate and a proud leader of young men.

On Pentecost, the selection from John’s Gospel found Jesus telling His disciples that “the Holy Spirit whom the Father will send in my name will teach you everything.” I’m convinced the Holy Spirit does most of his teaching within and through each of us. The Spirit’s instruction comes in our experiences on top of the lofty mountains and in the depth of the arid valleys, tutorials that increase our faith.

Jesus told us to make disciples of others, to enhance the faith of those we encounter, by letting the Spirit work through us.

Just before Jesus ascended into heaven, He told His followers “you will receive power when the Holy Spirit comes on you, and you will be my witnesses … to the ends of the earth” (Acts 1:8). You and I are thus empowered to share our stories or to coax others in our lives to tell us their powerful stories, even if they don’t seem like much to the storyteller.

One week, when I was out of town for work, I was feeling particularly weak. I wanted to get up early each morning to go to a nearby Catholic church for confession and Mass. Each of the first four mornings, I simply couldn’t get out of bed. On Friday, I hit the snooze alarm and rolled over again. Then, frustrated, I had a chat with God.

“I am too weak to do this,” I said. “So you need to be my strength. I am totally relying on you to get me out of this bed and go to church.” I still was in bed five minutes later, in tears about my feeble deficiency, I told God it was all on Him, that I was finished. Twenty minutes later, I was in the confessional, then headed to Mass.

There, I told one of my stories. Now, it’s your turn.