Trending Now
You are at:Home»Featured»The Great Gatsby: Four Faith Takeaways
By Lisa Hendey on May 22, 2013 Featured, On TV and Movies 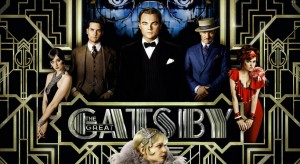 With the most sincere of apologies to my AP English teacher Brother Aquinas, I never read The Great Gatsby. And owing to old age, any knowledge that I had of the plot from my perusal of the Cliff Notes version has been lost through the years. So I went into today’s viewing of Baz Luhrmann’s take on this classic work of American literature with very little bias. I’ve never even seen Francis Ford Coppola’s 70?s version with Robert Redford. The closest interaction I’ve had with the iconic work is the frequent laundering of my son’s Great Gatsby t-shirt from Urban Outfitters.

This disclaimer being stated, I’ll share with you that I walked out of the theater snared by the story, hook, line and sinker. The novel is now downloading on my Kindle and Robert Redford is now queued in my Netflix account. I’m fascinated and devastated all at the same time.

I didn’t really intend for this post to be a review, but rather a commentary on my own emotional and spiritual reactions to the film. That being said, I must say a few words on the movie experience. Number one, don’t drink a massive diet coke while watching because there’s not a single “I can slip away for a few minutes” moment in this picture (and yes, I speak from experience). I regret not having seen this movie in 3D – if I go back with my husband (who was actually working today while I was playing hooky) I would opt to have confetti and shirts rain upon me, to experience more of the vivid sensationalism of Gatsby. The massive, over-the-top-ness of this production deserves to involve as many of the senses as possible. Which is why I also loved the much-maligned soundtrack. No, it’s not period-appropriate. But I found it intoxicating, like so much of the grandeur of Luhrmann’s approach to this classic.

This backdrop being set, let me simply expound upon my four spiritual “takeaways” from The Great Gatsby:

In the end, watching The Great Gatsby can be either a fun romp, glitzy and fashionable, or a deep pondering of some of life’s most challenging complexities. Whichever path you choose to take, I highly recommend the ride.