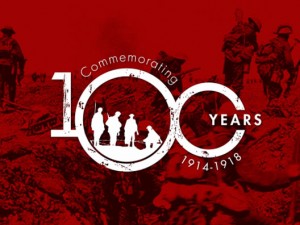 Revisiting The Guns Of August

On August 3, 1914, British Foreign Secretary Edward Grey gave a speech before Parliament that “proved to be one of those junctures by which people afterward date events,” according to Barbara Tuchman in her magisterial “The Guns of August.” The dour Secretary appeared “pale, haggard, and worn,” as he dutifully explained “British interests, British honor, and British obligations,” all of which conspired to produce a commitment to defend Belgium against the militarism of the continent’s mightiest power: Imperial Germany.

The issue involved more than the troublesome neutrality of that inconveniently situated little country. A few hours after Grey’s speech, Germany declared war on France, with the full expectation that victory would be achieved “before the leaves have fallen from the trees,” as Kaiser Wilhelm II declared. The day ended with Grey remarking that “The lamps are going out all over Europe; we shall not see them lit again in our lifetime”—words that proved prescient. The gloomy German Chief of Staff Helmuth von Moltke conjured a more farsighted scenario when he exclaimed to a colleague that their country was embarking on “the struggle that will decide the course of history for the next hundred years.”

And so it has been, though not in a fashion that the best minds before the first battles of the war could have foretold or even vaguely glimpsed. Indeed, only a handful of observers thought that the conflict would last much longer than three or four months, a war that could be planned and executed. And the future horrors that the war unleashed totally eluded them.

Consider Tuchman’s description of the first German attacks on a Belgian fortress around Liege: “Spending lives like bullets” the Germans continued their assaults, such that “the fallen were heaped on top of each other in an awful barricade of dead and wounded,” stated a Belgian officer. “But would you believe it? This veritable wall of dead and dying enabled those wonderful Germans to creep closer, and actually to charge up the glacis.” In fact, the battle for Liege represents the sort of maniacal determination that history reserves to those whose sanity and humanity had been conquered by the madness of ideological commitment, in this case to a military plan whose strictures could hardly be compromised by the mere expenditure of “lives like bullets.”

All of which became worse beyond the most macabre imagination. The Battle of Verdun, considered the longest battle of attrition in history, claimed one million lives on both sides, after which the front lines had hardly changed at all. The Battle of the Somme, whose film depiction so traumatized the sensibilities of British viewers, also consumed one million lives, Englishmen and Germans. The Battle of Passchendaele, which, like the offensive on the Somme was supposed to be a breakthrough advance, generated over a half million casualties on both sides, with only a few miles of worthless territory gained. In fact, as historian Niall Ferguson points out in “The Pity of War,” the slaughter that lasted from August 1914 to November 1918 witnessed 6,046 deaths per day in a complex of trenches that (according to Paul Fussell) covered 25,000 miles on both sides—enough to circle the earth. From all this Ferguson concludes, “Quite apart from the killing, maiming and mourning, the war literally and metaphorically blew up the achievements of a century of economic advance.”

And for what? Verdun, the Somme, Passchendaele, Ypres, the Marne, Arras, and scores of other battlegrounds ravaged by the most hideous implements of modern warfare—machine guns, flamethrowers, poisonous gas, trench mortars, artillery, aircraft, submarines—all haunt European memory like the destructive exploits of a delinquent youth who had experimented with self-immolation for purposes long forgotten. Indeed, a Pandora’s Box of 20th century evils burst from this murderous foray, including the victories of Nazism and Bolshevism and their attendant horrors—a short list of the consequences of Europe’s dabbling with how best to kill itself.

Which leaves us where, today? The lamps are lit again and Europe is at peace; but it is the peace of senescence. The toxic passions of nationalism have succumbed to the moral neutrality of multiculturalism and a deathly low birthrate, which will accomplish in the long term what the Great War nearly did in the short term: civilizational suicide. Once bristling with weapons and purpose, Europe survives as a patina of modernism covering a museum of forgotten furies, all protected by the United States. The question is whether a positive role, again in terms of a civilizing mission based on the best of what Europe has to offer, will ever again emerge from a continent that has so influenced the globe over the past half millennium. Is greatness still possible? This is one of the important questions the world will face one hundred years after The Guns of August.