Trending Now
You are at:Home»Columnists»The Kettle to the Pot
By Jake Frost on October 13, 2014 Columnists, Featured, Parenting 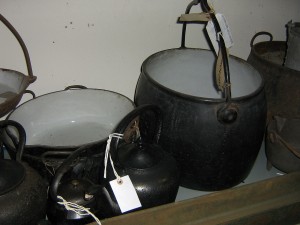 We were having oatmeal for breakfast, and the one-year-old handed me his spoon and said: “Feed!” He likes it when I feed him sometimes (as in: as often as I’ll agree to). The morning in question he was just too cute to turn down, so I took the offered spoon and started feeding him.

He was making good progress, gobbling down spoon after spoon of hand-fed oatmeal, when his three year old sister, who was sitting across the table watching, figured the oatmeal must taste better when it was delivered right to your lips by Dad and decided she wanted in on that action.

So she pushed her oatmeal bowl across the table to me, got down from her chair and came over and climbed up on my lap, and asked: “Daddy, will you feed me?” She looked up at me with such eager, hopeful eyes, that I couldn’t turn her down either.

“Sure thing, Sugarplum Fairy,” I told her, and took her spoon.

The one year old watched as I dipped his sister’s spoon into her bowl of oatmeal, brought it up to her mouth, said “Open up!”, and fed her a bite.

Then he burst out laughing, pointed at his big sister and declared, “Baby!”

A few moments later he turned back to me with his mouth open like a wee chickadee fresh from the egg and said, “’Nother bite!”

The drama of the breakfast table illustrated perfectly what the Bible tells us: “Do not give heed to every word that is spoken lest you hear your servant speaking ill of you, for you know in your heart that you have many times spoken ill of others.” Eccl 7, 21.

Words to breakfast by, words to live by.