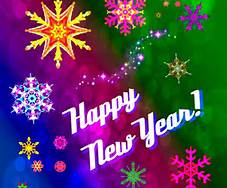 There’s a reason why only 8 percent of New Year’s resolutions are kept: Too many of us make resolutions that lack resolve.

“Resolve” is a powerful world. According to one dictionary, it means “to solve a problem, or to find a satisfactory way of dealing with a disagreement.”

Bill Gates elaborated on the concept in his 2007 commencement address at Harvard. He said the first order of business in resolving a problem is seeing it. Then all you need to do is cut through complexity, so you may solve it.

Solving problems in the private sector is really no different than solving them in the public sector, or any sector, really — if your interest is in actually getting to the root cause of the challenge, so you may see and understand it, and then in coming up with a solution that produces real results.

I have done work for many information technology firms and marvel at their ability to use technological innovation to solve problems. They study old, complex business processes — the way large global organizations source raw materials and parts to support global manufacturing operations, for instance — and replace them with fast, new processes that slash costs and bolster productivity.

These technology successes are not applied only in the private sector, either. Though government generally lags behind, many ideas that are perfected on the private side are often introduced to government programs and processes, as well — to the benefit of the government and the taxpayer.

In any event, in the past few decades, America has led the world in simplifying complexity. Thanks to Google, anyone can enjoy instant access to information with a few taps on a keypad — oblivious to the complex back-end systems that must perform seamlessly to get you the information you are after.

Anyone who has worked with the very smart people who deliver such miracles daily, then, is frustrated at recent events — in which complex systems are being made MORE complex!

ObamaCare offers a fine example of that. The reason why health costs have been running so high has to do with complexity. The way to address that complexity is to get to the root cause — or, in this case, multiple root causes.

But that is not what our political leaders did. They actually ignored the root causes of the high cost of care, piled on complexity — atop a heap of good intentions and unrealistic wishes — then hoped for the best.

And we see how that is turning out.

The great worry I have is that if our government was so ill-advised in its approach to one-sixth of the U.S. economy, how on Earth is it going to fix the many other complexities — tax reform, entitlements, spending, debt and deficits — that need to be addressed?

There is only one way I can see government officials doing it right.

They need to put politics aside for a good long while and address the incredible mess that our country is in.

They need to work together to solve our problems and “find a satisfactory way of dealing with a disagreement.”

They need to make some serious New Year’s resolutions to fix our country next year — resolutions that go well beyond partisan politics to get to the root cause or our problems, so they may fix them.

And their resolutions better include some serious resolve.