Trending Now
You are at:Home»Featured»The Limits to Bernanke’s Power
By Dr. Mark W. Hendrickson on July 11, 2011 Featured, The Economy 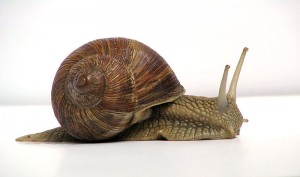 As chairman of our country’s central bank, the Federal Reserve Board, Ben Bernanke is expected to put the economy on a sound footing and foster strong economic growth. Unfortunately, Bernanke faces “mission impossible”—partly because the policies implemented by Congress, the president, and bureaucrats account for much of what happens to the economy, and partly because the Fed has already done most of what it can do.

The Fed’s favorite policy for stimulating economic activity is to lower interest rates to encourage individuals and businesses to buy more things and hire more workers. The problem today is that the Fed has already lowered interest rates about as much as it can. Currently, interest rates for U.S. Treasury debt obligations of one-year and shorter durations are at zero percent, and 10-year debt instruments yield only 3.125 percent. Despite these historically low rates, economic activity remains sluggish.

At his June 22 press conference, Bernanke said: “We don’t have a precise read on why this slower pace of growth is continuing.” His critics have been merciless and vicious in heaping scorn and derision upon him. Some have labeled him an “idiot” or “evil.”

While I am no fan of Ben Bernanke or the Federal Reserve System, the name-calling is revolting. Intellectuals can be blinded by their theories, and one of the blind spots that Keynesians like Bernanke have (one shared by many members of the Chicago monetarist school) is that rapid expansion of monetary reserves is crucial to counteracting a recession. As the quick recovery from the severe economic and monetary contraction of 1920 demonstrates, a falling money supply need not lead to prolonged economic stagnation ifthere is flexibility in prices and wages so that supply and demand can quickly rebalance.

Even if Bernanke doesn’t personally grasp why his monetary stimulus hasn’t revived the economy, the Fed has plenty of researchers who could supply him with truthful talking points, such as, “there is still a housing glut,” “spending is muted because the economy is saturated with debt,” and “the uncertainty caused by Obama’s anti-business policies has discouraged entrepreneurial risk-taking.”

The problem is: Bernanke can’t say those things. Unelected central bankers aren’t supposed to meddle in the legislative process. (To his credit, Bernanke did warn Congress last year that it needed to get its fiscal house in order before there is a calamity.)

A more charitable interpretation of Bernanke’s statement is that it was “Fedspeak” for the honest admission that, “The Fed can’t do anything more to stimulate economic growth.”

Here is Bernanke’s problem: As of June 30, the Fed’s “Quantitative Easing Two” program ended. Under it, the Fed had purchased approximately $80 billion of federal government debt every month since last fall. If nothing else changes, the removal of $80 billion of demand for government debt means lower prices for bonds and consequently higher interest rates.

Higher interest rates could abort a sustainable economic recovery. According to former director of the National Economic Council Lawrence Lindsey, if interest rates were to rise merely to normal levels (heaven forbid they should go higher!) the federal government’s interest expenses would increase $4.9 trillion over the next decade. Thus, interest payments alone would consume over a third of Uncle Sam’s revenue from income taxes. Spending on everything else, from entitlements to national defense, would be squeezed. Austerity, anyone? In short, higher interest rates must be avoided at all costs.

There are only two ways to avert a painful rise in interest rates in the post-QE2 environment. One would be for the supply of treasuries to fall. In other words, Congress and the president would have to agree on spending $80 billion less per month. Think: “snowball in hell.” The other option would be if other buyers lined up to replace the Fed. But who could take up so much slack? The Chinese, Russians, and others are already reducing their purchases of U.S. debt, and the Europeans are engulfed in their own sovereign debt crises.

I wonder if Bernanke and Elizabeth Warren’s new super-regulatory creature, the Consumer Financial Protection Bureau, will use their political leverage over financial institutions to compel them to borrow short-term treasuries to buy long-term treasuries on the grounds that not to do so would create systemic risk. Could Bernanke make a deal with European banks and governments, with whom the Fed has already been cooperating: You buy our debt, we’ll buy yours, and we’ll figure out how to stick the taxpayers’ with the cost later on? These are speculative musings, not assertions. Bottom line: either massive new buying of federal debt appears or interest rates rise, plunging a dagger into the heart of economic recovery.

Bernanke and the other powers that be in Washington are almost out of tricks to paper over our government’s bankruptcy. Whatever you think of Bernanke personally, be grateful that you aren’t in his shoes. He is fated to be a very unpopular individual.