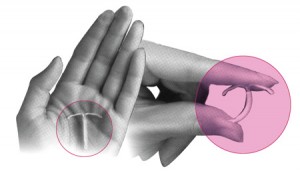 You know a contraceptive drug or device is in trouble when the lawsuits begin to multiply.

A growing number of American women are turning to intrauterine devices (IUDs), reports Lawrence Finer of the Guttmacher Institute. Of all American women using birth control, some 7.5 percent had IUDs implanted by 2009. These numbers were double what they had been a few short years before.

As befits an employee of a population control organization, Finer is pleased that women are choosing “long-acting” contraceptives over “short-acting, less effective methods.” Fertility delayed is fertility denied, as we say in demographic circles.

Most of the increase in IUD use has come from sales of Bayer’s levonorgestrel IUD, a so-called “second generation” contraceptive, which is marketed under the trade name “Mirena.” No surprise here. Since Mirena was approved by the FDA in 2000, Bayer has spent tens of millions of dollars advertising the IUD directly to the consumer.

As a result of this advertising campaign, Finer notes, “Women born in the United States appear to be “catching up” to women born outside the United States, who already had a higher level of use, likely due to a greater prevalence of these methods in Mexico.”

The implication here is that women outside of the U.S. are more “advanced” in their contraceptive use than their benighted American sisters, but nothing could be further from the truth. The reason that IUDs are more prevalent in Mexico is simple: the Mexican government coerces women into accepting them. Either accept an IUD or have your tubes tied, new mothers are told. What would you choose?

The same is true of Finer’s factoid about high IUD use in China. The reason that 41 percent of women in China have IUDs is because China’s population control authorities insist that women either wear IUDs or be sterilized after they give birth. That’s not good news for women. Indeed, it’s not good news for anybody, unless of course you fear human fertility.

Bayer’s advertising campaign for Mirena, although expensive, has more than paid for itself. More than a million American women have been convinced to spend nearly $800 apiece buying the IUD. This has generated over a billion dollars in revenue for the German pharmaceutical giant, a good bargain by anyone’s calculation.

Bayer and other abortifacient contraceptive manufacturers also stand to make a lot of money from Obamacare. The HHS mandate will require all healthcare plans to cover the full range of contraceptive methods, including Mirena, at no cost to the patient. In other words, we taxpayers are about to make Bayer shareholders rich.

Finer refers to IUDs, including Mirena, as “contraceptive devices,” but IUDs act by aborting already conceived children, not by preventing their conception. An IUD is, in effect, a tiny abortion machine that prevents pregnancy by physically obstructing the normal process by which a tiny baby implants in the uterus of its mother.

Mirena, it is true, is more than just an IUD. It also contains a synthetic “hormone” called levonorgestrel that some months prevents ovulation. Even when what is called “breakthrough ovulation” occurs, the progestin sometimes still prevents conception by thickening the cervical mucus and preventing sperm from reaching the ovum. Still, when this doesn’t happen, a baby can be conceived and begin its 5 to 7 day journey down the Fallopian tube. But when it reaches the uterus itself it encounters the grim reaper in the guise of an IUD and its life is over. An early-term abortion occurs.

We should not forget the side effects, which fall into two different categories. Many women react badly to having their bodies laced with a powerful, steroid-based drug, levonorgestrel. Others find that having a foreign body lodged in their uterus can be an uncomfortable, even unhealthy, experience.

Finer claimed in an interview with Fox News that IUDs do not increase the risk of pelvic infection and jeopardize women’s future fertility.

But the list of unwanted side effects of Mirena is quite long. These include amenorrhea, intermenstrual bleeding and spotting, abdominal pain, pelvic pain, ovarian cysts, headache, migraines, acne, depression, and mood swings. The Truth About Mirena website contains hundreds of detailed accounts of such side effects by women who have personally suffered from them. It makes for grim reading.

One of the more dangerous side effects is that Mirena may become embedded into the wall of the uterus, or it may actually perforate it. In fact, there have been reports of the IUD actually migrating outside the uterus through a hole of its own making, there to cause scarring, infection, or damage to other organs. If the device embeds in or perforates the uterine wall, surgery will be required to remove it.

With all of these side effects, it is no surprise that the number of lawsuits is proliferating. If you type “Mirena” into your search engine, along with information about the IUD, a number of ads offering legal representation to those harmed by the device will pop up.

In the beginning, Bayer aggressively marketed Mirena to a “Busy Mom” demographic as a hassle-free form of birth control. But in 2009, the FDA issued a warning letter to Bayer after finding its Mirena promotions overstated the efficacy of the device, presented unsubstantiated claims, minimized the risks of Mirena, and used false and misleading presentations during in-home events touting the IUD. FDA berated Bayer for its so-called “overstatement of efficacy”, taking issue with marketing claims touting Mirena’s purported ability to improve a woman’s sex life and help her “look and feel great.”

According to the FDA warning letter, “at least 5% of Mirena IUD users reported decreased libido in clinical trials.”

Bayer is probably already settling lawsuits out of court as quickly and as quietly as possible, so as not to discourage other potential users of Mirena. When their legal costs begin to mount, their sales begin to drop, and their profit margins disappear, it will be time for their end game: this will involve taking the contraceptive off the market, at least in the U.S., and reaching a once-and-for-all settlement with the entire class of affected users.

I do not think Bayer is at all daunted by this prospect.

In fact, I believe that Bayer, like all contraceptive manufacturers, is already working on a successor contraceptive that will, in a couple of years, be released with great fanfare. This new “magic pill” will be heavily marketed directly to consumers. It will be sold by the millions. It will earn hundreds of millions for the company. It will not really be “new,” however. Rather, it will closely resemble an existing contraceptive drug or device, but it will have a new name, a slightly different chemical formula, and a slightly altered appearance to preserve the fiction that it is an entirely new product.

Like its predecessor, it will be foisted on a new generation of women until the side effects manifest themselves. At which point it, too, will be removed from the market in turn.

What a market plan.