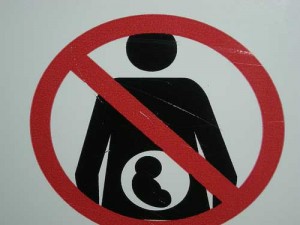 Burma, a secluded country of almost 60 million people, sits in the corner of Southeast Asia between India and China. Also known as Myanmar, Burma currently has a fertility rate of 2.21 children and, unique for its part of the world, does not suffer from sex-selection. Buddhists comprise about 95% of the population, but there is a small Muslim minority residing in the northern state of Rakhine.[1]

These Muslims, known as the Rohingya, have been dubbed, “the most oppressed people in the world.[2]” In 1982, the Burmese government enacted a citizenship law which removed the Rohingya from a list of minorities which are recognized as citizens of the country. This left the Rohingya effectively stateless; they have the status of illegal immigrants. Without legal recourse, in a highly corrupt country, the Rohingya live under threat of extortion and bribery from local government officials.[3]

This can be seen poignantly in many cases, especially when the Rohingya face extortion when trying to attain marriage and child licenses.  Cohabitation without an official marriage license is punishable by imprisonment—nor is the threat idle.  Over 500 men currently sit in prison for violation.[4]

This abuse has now grown into full-blown ethnic cleansing. It is difficult for Rohingya to obtain a permit-required by law—to have a child. The current law punishes women bearing “illegal children” with fines or imprisonment. Local officials line their pockets with bribes from couples desperate to have children.

But it gets worse. The Arakan majority actively seeks to prevent the Rohingya from reproducing. In September of last year, local Arakan leaders reaffirmed a two-child limit upon the Muslim people of the Rakhine state. They claimed that the law would benefit Muslims, arguing that their “rapid population growth” was fueling ethnic violence. Reducing the population of Muslims would ease ethnic tensions, or so it was claimed. The law, not surprisingly, does not apply to Buddhists. [5]

What type of violence has Muslim population growth supposedly “caused”? Mobs of Arakanese, often led by Buddhist monks, loot Muslim stores, burn down mosques, and incinerate entire Muslim neighborhoods. NGO’s and reporters have documented horrific scenes of Muslims being burned alive on the streets of Burma. Children fleeing a burning neighborhood have been beaten to death while policemen watch and do nothing.[6]

Khin Maung Swe, the Party Chairman of the National Democratic Force, claims that the two-child limit is intended to help the Rohingya prosper. He defends his position by stating, “We shouldn’t only see the birth control plan from a human rights point of view. We should also think about providing a sufficient amount of food for the entire population… This policy is part of a plan to provide more development for everyone. We also should look at this from a political point of view—how will other nationalities be affected if the Rakhine state government allows (Rohingyas) to have as many children as they want?[7]”

In this way, the Burmese state rationalizes away blatant ethnic cleansing as a food distribution program necessary for equitable economic development. A small ethnic minority is facing horrendous persecution, including coercive population control. In a country where a quarter of all children under 5 are underweight, where minorities are burned alive, the mask of development is fooling no one.[8]

Burma does not need a two-child policy. Ethnic violence cannot be solved by eliminating the minority, just as poverty cannot be solved by getting rid of the poor person. The most effective policy to deal with these problems is, as it has always been, to eradicate the hatred and the poverty by developing the human person.

As Aung San Suu Kyi, the Burmese recipient of a Nobel Peace Prize, stated: “We need a change in Burma. Burma is a rich country because of its natural resources, but our most important resource is our human resource and that has been neglected. Our people do not have adequate education, they do not have adequate healthcare. We want to build up a society of people who are allowed to care for themselves—who are allowed to shape their own destiny.[9]”