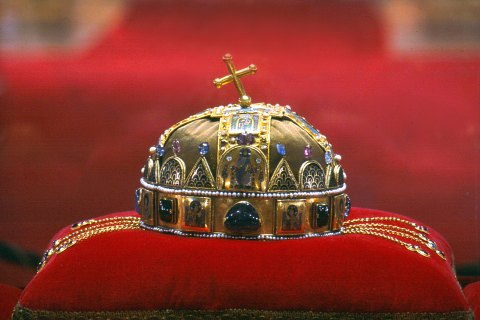 The new Constitution, passed by the Hungarian Parliament with a resounding majority and carried out by Viktor Orban’s government, has been signed on 25 April 2011 by Mr Pál Schmitt, the Hungarian President.
Because this new Constitution has stirred much debate in Europe, the European Centre for Law and Justice (ECLJ) has taken the initiative to undertake its analysis in the light of European standards. (memorandum available HERE) In particular, the memorandum has compared the controversial provisions of the text to the case law of the European Court of Human Rights and to other European constitutions. Such analysis suggests that Hungary’s new Supreme Law could surprise the tenants of a postmodern vision of Europe. However, the new Constitution’s content should not be considered as innovative with regard to European constitutional practice.

To a large extent, critics of the new Constitution argue that the document stems from Christian ideals and thought, as its Preamble refers to Christianity. It is also criticized for its choice to protect the right to life and human dignity from the moment of conception, as well as the marriage and family, and prohibits practices aimed at eugenics. Additionally, the opposition objects to the Parliament’s rapid adoption of the text, accusing the government of having been marginalized during the whole reform process. Opponents are also criticizing the new balance of powers favouring the Parliament to the detriment of the Constitutional Court which gained influence during the post-communist transition period.

We can speak about a watershed in Hungary’s history. Indeed, this new Constitution, replacing the one enacted in 1949, closes the postcommunist transition period. Since 1988, there was a pressing need of a new text, but the previous governments only managed to amend the old Constitution. In the end, the wide victory of “Fidesz”, M. Orban’s party, allowed to step out of the “stop-gap solutions” and to lay down Hungary’s new institutional and political foundations.

Everyone is not happy with these traditional foundations. In its national “reshaping project”, the Constitution asserts, among others, the values of nation, religion, life, dignity, family, and property. On the ruins of communism, and in the context of the Western cultural and economic crisis, the new Constitution chose firmly to reassert the traditional identity of the country. As for the whole Europe, Hungary faces a triple crisis: a cultural one, a demographic one and an economic one. Hungary tries to respond to it in its own way, without completely submitting itself to the pattern recommended by supranational authorities.

Facing Europe’s cultural project, which largely melts into an abstract and rootless universalism, Hungary chose to reassert its national identity. At the beginning of the Constitution, the Hungarian people asserts: “We are proud that one thousand years ago our king, Saint Stephen, based the Hungarian State on solid foundations, and made our country a part of Christian Europe.” Could we imagine a European Constitution under the trusteeship of Charlemagne or a French Constitution under Clovis and Saint Louis of France? As another symbol, the Hungarian flag bears its arms again, encircled by the crown of Saint Stephen.

The national references are not only historical. In a more controversial provision, the Constituent take up with the entire Hungarian nation again by offering citizenship to Hungarian minorities living on the territories lost in 1920 and now mainly situated in Slovakia and Romania. About 500,000 persons could beneficiate from this process, which is similar to the one offered by the Republic of Ireland to the Northern Irish.

Besides, Hungary’s birth rate is very low: 1.3 children per woman. In order to curb this demographic crisis, the Constitution rejects the “culture of death” and intends henceforth to protect “the institution of marriage, understood to be the conjugal union of a man and a woman based on their independent consent; Hungary shall also protect the institution of the family, which it recognises as the basis for survival of the nation.” Laying down as a principle the fact that “life and human dignity shall be inviolable”, it also asserts that “the life of the foetus shall be protected from the moment of conception”, as a fundamental human right.

In the current context of cultural crisis and defeat of ideologies, Hungary proves that the Western postmodern pattern is not irresistible. The opposition’s objections to the constitutional process appear to be mainly ideologically predetermined. Clearly, the Hungarian new Constitution doesn’t follow the postmodern pattern, but it is still in line with a consistent portion of the European constitutional tradition.