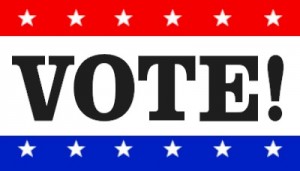 Entrenched evil will always deride the one-issue voter. As of late, I’ve been shocked to find that many in my own Republican Party are doing the same.

In modern times the “one-issue voter” is a pejorative for “pro-lifers.” Imagine that! The Whigs died and the Republicans were born on one issue: the difference or indifference of a party toward the value of a human life. The Republican Party was born as an opposition party with one issue in mind – slavery.

At the time, if you cared more about the economy than justice you’d be a Whig or a Democrat. Fiscal conservatives in the 19th century perpetuated slavery. To some this was unacceptable and they were called one issue voters.

A tea-party leader in Illinois was deriding my stance against Bruce Rauner in the Governor’s race and made the point that out of the hundreds of people that he talks to when he’s canvassing in the street, “not one of them brings up abortion as their main issue!” A point well-taken, and I believe him, but we should take away two things from that truth.

First, a poll never determines right or wrong and should never be the bellwether of our priorities. And secondly, we as Americans have grown so comfortable, worn out, and jaded about the death of 4,000 innocent children a day that we would prefer to argue over taxes, pensions, and education. When the trains roll by, we just sing a little louder.

Historically, we are no different than many of the failed societies of the past, choosing to ignore God in our service to Mammon or Moloch.

Had we canvassed the world of Noah, what do you think the number one political issue would have been prior to the rain coming? Do you think they’d poll differently once the water was up to the rooftops?

How about Sodom? What do you think the number one political issue would have been the week before God turned it to ash? Remember, the cities of the plain were the best zip code – Lot chose Park Place and Boardwalk. Following their (tea-party) tax revolt and Abraham rescuing them, they had both prosperity and freedom, yet God judged them not because of their great wickedness but because they lacked righteousness – “If there be even ten righteous would you spare?”

What about the number one polling issue in Babylon before God scattered them? Under Nimrod they had unity, prosperity, technology, advanced culture but again they were unified in wickedness and there was no one standing for righteousness.

Nineveh had power, luxury, money, culture and worldly influence, but God was not looking on their splendor but their want of righteousness. What do you think the number one issue was there, prior to Jonah’s arrival?

How about the men of Judah? God asks Jeremiah to check if there was even one righteous, “Run ye to and fro through the streets of Jerusalem, and see now, and know, and seek in the broad places thereof, if ye can find a man, if there be any that executes judgment, that seeks the truth; and I will pardon it.”

Again, the issue was not the minimum wage or term limits, it was justice and truth.

God tells Ezekiel the same, “And I sought for a man among them that should make up the hedge, and stand in the gap before me for the land, that I should not destroy it: but I found none.”

What of Bonhoeffer’s Germany? Do you think the number one issue for the average German would have been the mistreatment of Jews? – They passed the Nuremberg Blood Laws. I’m pretty sure the number one issue in Germany prior to the bombs falling was jobs, a chicken in every pot, and an affordable car.

God doesn’t judge a nation for high taxes or even its form of government, he judges them on the basis of righteousness. Are there any that are willing to stand when justice is being denied and truth suppressed? It turns out that even God is a one-issue voter!

When injustice prevails it is the number one issue. Thank God for men like Abraham Lincoln and Martin Luther King Jr. – “one-issue voters” who were willing to be derided to confront the injustice of their day.

Those that in their shame or indifference try to obfuscate the important issues to promote the distraction of mere particulars, never foresee the outcome until they’re standing on their roof with an umbrella or wiping the layers of ash from their cars. Once truth and justice become casualties, the path between the chicken in the pot and the Jew in the gas-chamber is a slide not an escalator. Is the value of our integrity as Christians and patriots so cheap as to be purchased by a chicken dinner and a Volkswagen?

It’s been said that voting for the lesser of two evils is still evil. “When we no longer fear God and instead fear wicked men,” says Josh Craddock, “What candidate wouldn’t we support provided the alternative is worse?”

In the end, all the excuses and alibis that you can conjure up to vote for a candidate who our founders would have hanged will be vanity in the ears of a thrice holy God.

“I voted for the guy who was against all of your divine institutions Lord, because, well, the other guy was worse?” God doesn’t want to know about them, he wants to know about you. Will you stand for righteousness, come what may? Are you more concerned with temporal victory than faithfulness?

For the Christian the bottom line isn’t a political election, it’s our spiritual election and calling as an Ambassador of Jesus Christ. When the two become a point of conflict, the faithful and the faithless become profoundly apparent. Nevertheless when the Son of man cometh, shall he find faith on the earth?

The framers were one issue voters and they drew the line at “unalienable rights,” cross that line of non-negotiables and the time for remonstrance was over – you wouldn’t get their vote, you’d get their derision and possibly a .50 caliber musket ball. Today, we prize pragmatism over principle. Our forefathers would be ashamed of us.

Take the Spirit of the Lord with you into the voting booth. We aren’t voting for a pope, a priest, or a pastor, and Jesus may not be on the ballot, but he sure as Heaven should be with you in the polling place.

“Always vote for principal though you may vote alone,” advised John Quincy Adams, “And you may cherish the sweetest reflection that your vote is never lost.”

When righteousness is on the ballot, I’m a one-issue voter.