Trending Now
You are at:Home»Featured»The Paramount Issue of 2012
By G. Tracy Mehan, III on January 13, 2012 Featured, The Economy 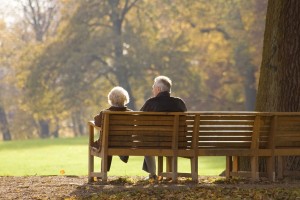 Spending and taxes will be center stage in the 2012 presidential election, but at the heart of those pivotal issues is one that is paramount in terms of America’s future: cascading mandatory spending on entitlements such as Medicare and Social Security.

Erskine Bowles, co-chair of President Obama’s bipartisan reduction commission, the one he ignored, recently described the situation we face in the starkest of terms:

The economics is very clear. The politics is very difficult….If you take 100% of the revenue that came into the country last year, every single dime of it was consumed by our mandatory spending and interest on the debt.… That means every single dollar we spent last year on these two wars, on national defense, homeland security, education, infrastructure, high value-added research-every single dollar was borrowed, and half of it was borrowed from foreign countries.

These stunning facts should appall everyone, especially liberals who prize so many domestic programs which are continually squeezed by the weight of entitlement spending.

Lehrman, who argues eloquently for a return to dollar-gold convertibility, noted the failure of the “super-committee” of Congress and as many as fifteen legislative attempts by Congress during the last generation to control government spending including those of “the all-time budget hawk,” former Senator Phil Gramm of Texas. All have collapsed. Even Milton Friedman’s call to starve the beast by cutting taxes has failed with the resulting over-spending and budget bloat.

Putting it in the simplest terms, if entitlements are not reformed, there is no “government” in the traditional sense without substantial tax increases and more federal spending of a greater percentage of gross domestic. Either way, there is no possibility of a vibrant private sector and economy, only a lethargic, collective beast of burden for a gargantuan federal government commandeering private resources for income transfer, industrial policy, and ethanol subsidies.

Recognizing as paramount the juggernaut which is entitlement spending is not to dismiss, the spectacle of uncontrolled spending in the rest of the discretionary federal budget. According to Steven Pearlstein, the liberal business columnist for the Washington Post, citing research from Stephen Fuller of George Mason University, the region around the nation’s capital grew by 14 percent since 2007 while the national economy expanded by only 3 percent.

“A fair reading of Fuller’s most recent report suggests that most of that growth — perhaps all of it, once the typical multipliers are applied — has been the result of rapid increases in spending by the government,” said Pearlstein.

In addition, in the past decade federal employees increased by 50,000, wiping out any reductions from the Clinton administration. Federal procurement spending over the decade grew 166 percent, to $80 billion up from $30 billion.

In a recent op-ed for USA Today, GOP presidential candidate, Mitt Romney, addressing the question of America having become an “Entitlement Society” instead of an “Opportunity Society” as it was originally conceived, did come up with a pretty good test for judging discretionary spending. “Is this a program so critical to our own nation’s future that we should borrow money from China to pay for it?”

But, as Romney recognized, the demographic and fiscal realities of the entitlement crisis dwarf all other concerns. Many also believe it is a threat to national defense. Yet, as things now stand, entitlement spending will double by 2050 and consume all tax revenues by 2049, according to the Heritage Foundation, a conservative think tank.

Enter Paul Ryan, GOP House Budget Chair, and the fiscal and intellectual leader of the congressional wing of the Republican Party who had the guts-and brains-to propose “A Roadmap for America’s Future,” designed to reform entitlements, health care, and the tax code. Ryan will be the dominant player no matter who is in the White House, which is a good thing for the country.

Ryan appreciates the high stakes involved with mandatory entitlement spending and has put in the hours of hard thinking on this issue, even now negotiating with an honest liberal such as Senator Ron Wyden (D-OR) to advance the cause of reform.

Robert J. Samuelson, an astute and candid economics journalist, has accurately pinpointed  what is necessary in this debate. What is missing is “a moral rationale” for change and “a new public philosophy” that acknowledges reality:

To date, only Paul Ryan has had the courage, conviction, and eloquence to make the case that needs to be made.

Hopefully, others in the GOP’s congressional wing, especially in the next Republican Senate, will immerse themselves in this issue for the sake of the country and our grandchildren. Even if the matter of entitlements were to be swept under the rug during the general election, it is going to be impossible to ignore in 2013 and beyond.