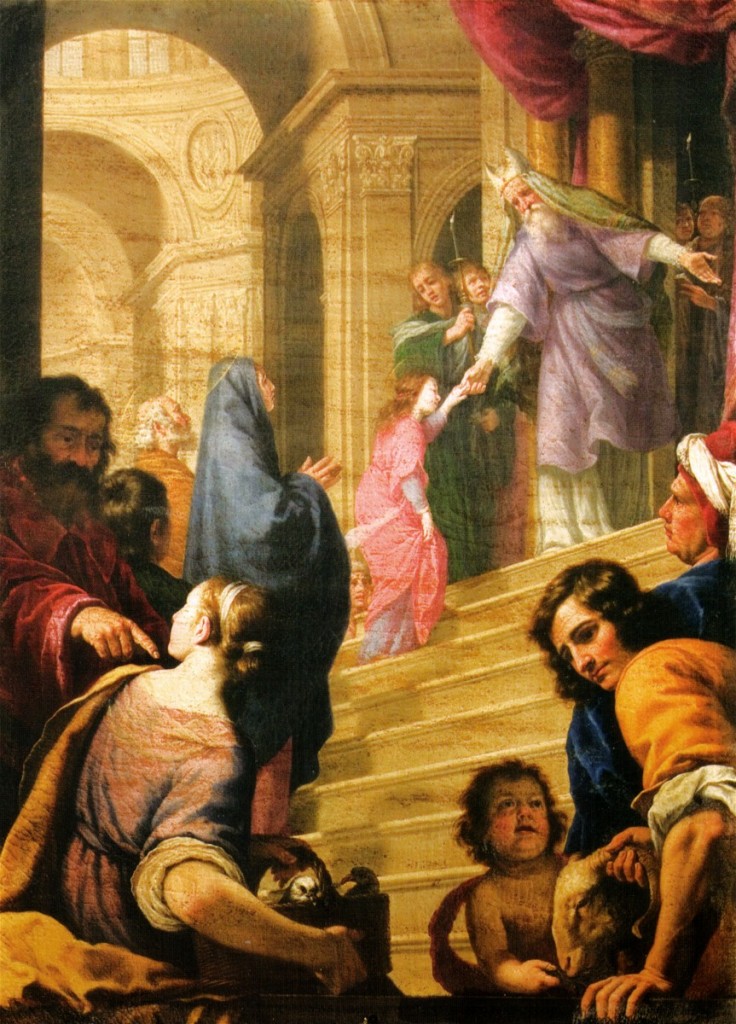 RELIGIOUS parents never fail by devout prayer to consecrate their children to the divine service and love, both before and after their birth. Some amongst the Jews, not content with this general consecration of their children, offered them to God in their infancy, by the hands of the priests in the Temple, to be lodged in apartments belonging to the Temple, and brought up in attending the priests and Levites in the sacred ministry.

It is an ancient tradition that the Blessed Virgin Mary was thus solemnly offered to God in the Temple in her infancy.  The tender soul of Mary was then adorned with the most precious graces, an object of astonishment and praise to the angels.  It was also a highly blessed event from the standpoint of the Holy Trinity: the Father looking upon her as His beloved daughter, the Son as one chosen and prepared to become His mother, and the Holy Ghost as His darling spouse.

Mary was the first who set up the standard of virginity; and, by consecrating it by a perpetual vow to Our Lord, she opened the way to all virgins who have since followed her example.

Reflection.—Mary’s first presentation to God was an offering most acceptable in His sight. Let our consecration of ourselves to God be made under her patronage, and assisted by her powerful intercession and the union of her merits.