Trending Now
You are at:Home»Featured»The Problem with Half-truths and IVF
By Judie Brown on November 4, 2011 Featured, Life Issues & Bioethics 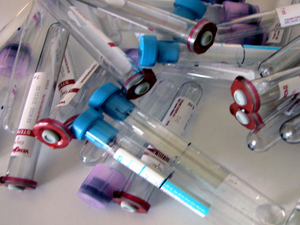 Over the past couple of years a great many shocking facts have emerged about the inherent dangers associated with “reproductive technology,” including and most specifically in vitro fertilization (IVF). As couples persist in believing that pursuing petri dish babies is the best alternative to suspected infertility, the negative evidence continues to mount—building a case on a variety of levels that IVF is never a good idea.

Let’s start with the health and well-being of the created babies who actually survive long enough to have the chance to emerge as newborns.

Dr. Rosanna Weksberg has called for more study on the possible link between IVF and rare genetic disorders being identified in babies born as a result of IVF treatments. Weksberg co-authored one clinical study which found that,  “Twenty-six of the 301 infants conceived with intracytoplasmic sperm injection (8.6 percent) and 75 of the 837 infants conceived with in vitro fertilization (9.0 percent) had a major birth defect diagnosed by one year of age, as compared with 168 of the 4000 naturally conceived infants” included in the same study.

Luca Gianaroli, chairman of the European Society of Human Reproduction and Embryology (ESHRE) pointed out less than a year ago, “We have learnt from more than 30 years of IVF that many of the embryos we transfer (into the womb) have chromosome abnormalities.” According to LifeSiteNews, he “went on to explain that two out of every three embryos implanted into a woman’s womb during the IVF procedure fail to develop into a pregnancy, often because of genetic abnormalities.”

Of course such sad statistics are merely the tip of the iceberg.

IVF increases the chance of a potentially fatal pregnancy condition for those women who use the process as well. “Data from six studies found the risk of pre-eclampsia was much higher in IVF pregnancies than among those conceived naturally. Pre-eclampsia usually occurs from around 20 weeks of pregnancy and can lead to women suffering high blood pressure, protein in the urine, and fluid retention.”

IVF creates havoc in marriage as well, causing grief and emotional strife, not to mention financial woes when failed “treatments” become costly in more ways than one.

Finally, IVF practitioners also employ clinical testing procedures that weed out those embryonic children who are deemed unfit, imperfect, or otherwise unwanted by the man and woman expecting to deliver perfect babies at the end of their IVF journey. All in all IVF is sordid business, to say the least, and yet we find that some are hesitant to make it clear that IVF is a practice that is fraught with ethical and moral problems for everyone concerned, especially embryonic children.

Malta’s Gift of Life organization is reported to be calling on Maltese lawmakers “to legislate to fully protect the dignity and right to life of the human embryo during IVF treatment and to reaffirm its opposition to embryo freezing as part of standard IVF treatment in Malta. However, it supported vitrification as a viable more ethical option.”

Vitrification is simply ultra-rapid embryo freezing which is said to provide a better survival rate among frozen children. If this sounds like the Maltese pro-life movement is splitting hairs, then you get the picture. What is unethical is always unethical regardless of the speed with which it is accomplished.

But is this any worse than the pro-life argument that achieving legal personhood for all asexually and sexually created children would not make IVF impossible but rather would make it “more difficult”? No!

As long as there is IVF there will be ethical problems the likes of which we have witnessed with human embryonic stem cell research, designer babies, and imperfections deemed incompatible with life. This is why IVF practitioners “create” multiple children.

The fact is that when the law recognizes human rights for every human individual from his or her beginning, practices like IVF—which commodify human persons, destroy children, and bilk families—will be outlawed. They must be because direct killing is always and in every case wrong—no matter what you call it or how you deny that it is what it is.

Pro-life apologists need to get this right. Now!