Trending Now
You are at:Home»Featured»The Real Case Against Sexual Harassment
By Lisa Fabrizio on November 23, 2011 Featured, On Media 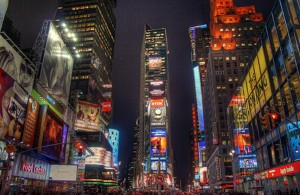 Here we go again. A powerful, intelligent and charismatic conservative black man seeks high office in the United States of America, and is subject to the scurrilous slings and arrows that are always deflected from their liberal counterparts by the shields of the mainstream media. In our nation, where the election of Barack Obama might have signaled the end of endless claims of racism, the oldest stereotype of black men has once again reared its ugly head: it seems that black men are rapacious and insatiable satyrs; conservative black men, that is. And the latest target is Herman Cain.

Now I don’t know anything about Mr. Cain’s past, but in America, at least for the time being, a man is innocent until proven guilty, and sometimes, as in the case of Bill Clinton, even afterwards. Cain has repeatedly denied all claims of sexual harassment, but this is not good enough for the bloodhounds in the liberal media; a group who fastidiously and exhaustively combed the details of George W. Bush’s personal background — remember the demand for the release of his military dental records? — yet yawns complacently and/or howls indignantly when questions surrounding the history of Barack Obama are raised. No, instances of media double standards are almost too tedious to recount.

Yet what never fails to entertain is the media’s horror which attaches itself to accusations like those against Cain. As Rush Limbaugh often points out: it’s not whether or not a crime has been committed (by a conservative), it’s the seriousness of the charge. And in this nation, whose laws have been over-influenced by radical feminists and their ambulance-chasing accomplices, there is none so serious as sexual harassment.

But what exactly is sexual harassment? It is defined by the EEOC as “unwelcome sexual advances, requests for sexual favors, and other verbal or physical harassment of a sexual nature.” From a website called equalrights.org, we find further edification in the following examples:

Verbal or written: Comments about clothing, personal behavior, or a person’s body; sexual or sex-based jokes; requesting sexual favors or repeatedly asking a person out; sexual innuendoes; telling rumors about a person’s personal or sexual life; threatening a person

Nonverbal: Looking up and down a person’s body; derogatory gestures or facial expressions of a sexual nature; following a person

All of this is just another example of how insane our modern American society has become; how low we can sink when the idea of objective truth is disregarded. Instead of defending same, we are now daily faced with enacting laws protecting people’s feelings based on membership in whatever group to which they belong rather than concentrating on defending our rights as enumerated in the U.S. Constitution. How can we set standards governing sexual behavior in the workplace when the same or worse goes on continuously all around us?

Our children are exposed at very young ages to sex “education” in schools where they are bombarded with “posters, drawings, pictures… of a sexual nature.” Likewise any person who rides a bus or subway in this country who cannot look up without seeing ads for abortion clinics, erectile dysfunction aids, or just about any product whose manufacturer sees fit to promote its advertising with sexually alluring graphics.

As far as “Comments about clothing, personal behavior, or a person’s body; sexual or sex-based jokes; requesting sexual favors or repeatedly asking a person out…looking up and down a person’s body; derogatory gestures or facial expressions of a sexual nature,” could there be a more accurate description of 75 percent of network TV programming?

And when it comes to “inappropriate touching of a person or a person’s clothing; kissing, hugging, patting, stroking,” one only need watch the latest Super Bowl halftime hijinks or most any modern musical performance to believe that this behavior is not only to be welcomed, but very often rewarded.

Yet, we are to accept that this national immersion in sex is, and should be, welcome to the citizens of this country in all aspects of their lives save one: the sacred and federally protected workplace. Forget about the immeasurable harm done to our children and society at large; the very same things modern women are told to seek out and covet most of the day and night will not be tolerated for eight hours at work. So say the media and the feminists.

The truth is, I and millions of Americans are being harassed nearly every time we open our eyes, with unwanted and unwelcome sexual advances over our publicly owned airwaves and in the schoolrooms we pay for. And, unlike many women who claim to be victims of workplace persecution, we do not have the opportunity to simply quit and walk away from it all.