Trending Now
You are at:Home»Learn & Live the Faith»Apologetics»The Road to Rome, Part V: Why Not Restorationism?
By Jason Liske on October 15, 2012 Apologetics, Catechesis, Featured 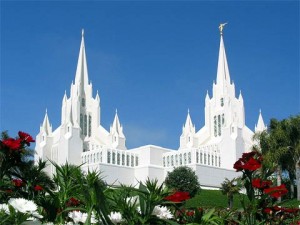 This is the fourth of six articles relating the writer’s journey into the bosom of the one, holy, catholic, and apostolic Church. Having succumbed to spiritual desolation following the rejection of his Adventist heritage, the young seeker investigates various Christian traditions, hoping to discover the Truth. Part I may be found here; Part II here; Part III ; Part IV here.

In the last few centuries, the three great traditions of Christendom – Catholicism, Eastern Orthodoxy, and Protestantism – have been threatened by something entirely foreign to the basic creeds of Christendom: a cluster of movements collectively known as “Restorationism.” Nowadays, it is not hard to find a local Mormon “stake”, a “kingdom hall” of Jehovah’s Witnesses, or even a Christadelphian church somewhere in the neighborhood.  This is entirely fine: everyone is entitled to their own beliefs and religious freedom.  But it is something that I feel warrants inclusion in this series.

I come from a Restorationist background, having been raised as a Seventh-Day Adventist. But before we get ahead of ourselves, it might be wise to firstly lay down the fundamental characteristics that define the Restorationist church movement.

It is incredibly interesting to note that Restorationism as we know it now is entirely a Western phenomenon (one, I feel, that has its roots in such figures as Emmanuel Swedenborg). The Orthodox in the East either know little about it, or view it as merely the logical fruit of Protestantism, and dismiss it as such.  But these movements are a great threat to Christian orthodoxy in the West, and both Protestants and Catholics have banded together in order to meet the errors promulgated by Restorationist movements.
Essentially, much of what constitutes Restorationist thought is often merely the revival of an old heresy, school of thought, or what have you.

If one examines each group closely, it is not hard to see the components that make up what really ends up being a kind of Frankenstein’s monster of heretical positions of old.  The Jehovah’s Witnesses are modern-day Arianists, for instance; Mormonism is a curious mix of Platonism, polytheism, Freemasonry, Epicurean materialism, and a whole host of other errors; the Seventh-Day Adventists essentially combine the Old Law with the New, ending up as Messianic Jews with an evangelical overtone.

Now to the heart of the issue: Why did I not remain an Adventist, and why did I not gravitate towards any of the other Restorationist movements?  I will answer frankly:

Unlike theological issues between the three main branches of Christianity, it does not take a scholar or academic of any kind to disprove the claims of Restorationist movements.  In fact, I would be so bold as to say that even the most cursory perusal through Christian theology, Scripture, and history is enough to disprove them on all counts.  But the problem is precisely this: many Christians are poorly catechized, and do not know their faith.

This is where the Restorationist groups attack, and wisely so, for it is the weak area.  If one feels that the Church is just a money-grubbing organization of old men who are completely irrelevant promulgaters of some kind of modern “churchianity”, what better opportunity for a Restorationist to seize upon?  They appeal to emotions and testify to having the true and undiluted teachings of ancient Christianity. Before one knows it, one is caught in a web of false teaching.

Again, I cannot stress enough the importance of educating oneself in matters of religion, faith, and doctrine.  Know the Scriptures, know history, know Tradition, read the Fathers, read the lives of the saints, and most importantly, pray and maintain an active relationship with God.  This will preserve you from error, and no wolf in sheep’s clothing will be able to infiltrate this mighty fortress.

A summation then as to why the Restorationist movement is in deep error:

Of course, and let me make this very clear, I am not criticizing any adherents to these movements as individuals.  Indeed, I know many Adventists who are sincere and “evangelical” Christians, and Mormons are often unmatched in terms of their charity and Christ-like treatment of others in daily life.  But as movements, I simply cannot accept what they are saying on a theological, historical, or Scriptural level.

These movements, which border on cults, are entirely antagonistic to history and reason, as well as the ancient teachings of the saints and fathers. They are to be avoided and rejected at all times.