Trending Now
You are at:Home»Featured»The Road to Sobriety in Smashed
By Luke Smeenk on February 1, 2012 Featured, On Media 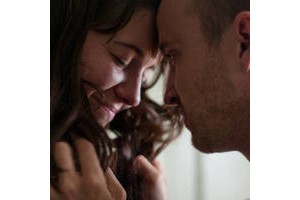 Countless films depict the descent into an uncontrollable addiction and its consequences, but few aptly convey the challenging ascent to sobriety.  Most movies gloss over the complex and strenuous path to recovery and away from addiction.  In short, they inappropriately convey the message that it is easy and permanent once someone manages to triumph over his dependence; however, this is far from the truth.  In reality, the road to sobriety is more like a life-long journey that involves significant lifestyle changes.  Fortunately, the film Smashed, which premiered at the Sundance Film Festival, portrays this demanding endeavor with honesty.

Smashed tells the story of a married couple whose relationship thrives on becoming inebriated.  When Kate’s addiction begins to spiral out of control and leads to trouble both at work and at home, she realizes she must change her life.  This is typically an addiction movie’s climactic moment, which is usually followed by a short denouement showing the character’s simple and euphoric independence from addiction.

In contrast, this film’s inciting incident, which occurs about fifteen minutes into the runtime, involves Kate’s realization of her alcoholism and decision to become sober and join a support group.  Consequently, her marriage with Charlie starts to unravel, especially since he continues his debauched behavior around her and often discourages her efforts.  Smashed skillfully depicts the situation with sincerity, making it compelling and quite emotional.

Kate enters into what Kenneth Burke calls a redemption cycle of purification.  Burke claims as imperfect human beings we constantly break society’s hierarchies or rules, which creates guilt in us. As a result we strive to purify ourselves or find redemption through two methods: mortification or victimage.  Mortification involves blaming ourselves for breaking the rules and finding redemption through personal changes.  The latter means that we find scapegoats to relieve our guilt.

In Smashed, Kate carries out both mortification and victimage to redeem herself and achieve sobriety.  After getting fired from her teaching job, and after several alarming nights out, she feels guilty getting drunk.  At first she attempts mortification by abstaining from alcohol and joining a sort of Alcoholics Anonymous group.  While these means are helpful, they are not enough in her case; she must attempt victimage as well.

Because her husband Charlie continuously tempts Kate with alcohol and tries to undermine her decision, she realizes she cannot attain sobriety around him. Their relationship can no longer function properly.  Subsequently, she leaves him.  In the end, she tells her support group that even though she is one-year sober the challenges are not over; she must always remain vigilant and choose to flee from alcohol, even at the expense of someone she truly loves.

As Christians, we understand the path to sobriety and recovery involves a total, life-long transformation that is tough but not impossible.  1 Peter 5:8 tells us to “Be alert and of sober mind.  Your enemy the devil prowls around like a roaring lion looking for someone to devour.”  Also, 1 Corinthians 15:33 warns us “Do not be misled: ‘Bad company corrupts good character.’”  Kate eventually realizes Charlie is a vehicle for temptation and that they must separate if she really wants to become sober.  While her journey is demanding and seems overwhelming, she is able to find grace.  1 Corinthians 10:13 rings true in the film: “No temptation has overtaken you except what is common to mankind. And God is faithful; he will not let you be tempted beyond what you can bear. But when you are tempted, he will also provide a way out so that you can endure it.”  Although the film does not directly point to Christ as our Savior from eternal death (and in this case freedom from addiction), Biblical truths may be discovered in the story.

Smashed is an honest, heartfelt portrayal of one’s trials and tribulations when attempting to flee from addiction.  The film exposes the reality of the situation by illustrating the dire consequences of Kate’s decision to abstain.  While the movie takes the viewer on a dark and demanding journey, the story is ultimately uplifting, and possibly valuable to anyone who has been captive to alcoholism.  Several audience members at the Sundance screenings, in short Q&A sessions afterwards, thanked the filmmakers for providing an honest depiction of their challenges.

Additionally, the film works as a cautionary tale for people becoming addicted to alcohol by revealing the costs.  Hopefully Smashed will receive a major distribution deal for wide release as many Americans would not only want to see this outstanding independent film, but also need to watch it in hopes that they may see themselves, or those they love, in it, and choose the redemptive path.