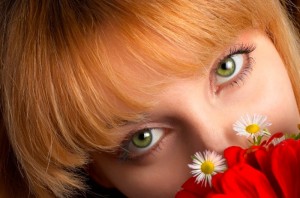 If you’ve been on the internet in the past month, you’ve heard the accusation: Only men are opposed to contraception. No woman in her right mind would reject this blessing of modern technology, therefore, the only people against it must be men with nefarious motives. AlterNet editor Sara Robinson did an excellent job of articulating the worldview that fuels these ideas, in a piece titled Why Patriarchal Men Are Utterly Petrified of Birth Control:

Until the condom, the diaphragm, the Pill, the IUD, and all the subsequent variants of hormonal fertility control came along, anatomy really was destiny—and all of the world’s societies were organized around that central fact. Women were born to bear children; they had no other life options. With a few rebellious or well-born exceptions…the vast majority of women who’ve ever lived on this planet were tied to home, dependent on men, and subject to all kinds of religious and cultural restrictions designed to guarantee that they bore the right kids to the right man at the right time—even if that meant effectively jailing them at home.

Our biology reduced us to a kind of chattel, subject to strictures that owed more to property law than the more rights-based laws that applied to men. Becoming literate or mastering a trade or participating in public life wasn’t unheard-of; but unlike the men, the world’s women have always had to fit those extras in around their primary duty to their children and husband.

Upon finishing the article, you’re left with a pretty clear image of the woman who doesn’t use contraception: Oppressed by her biology. Miserable in her circumstances. “Jailed” in her own home. We picture a haggard, sunken-eyed specimen, sweating over a hot stove with a dozen ragged, neglected children screaming at her feet. She dreams of what her life could be if only her wily fertility hadn’t betrayed her, clenches her fists, turns her eyes heavenward to cry, “If only I could use contraception!”

But is that reality? Is it even close?

On Monday Our Sunday Visitor released a book called Style, Sex, and Substance: 10 Catholic Women Consider the Things that Really Matter, its timing so fortuitous that I picture the staff at OSV filling a kiddie pool with champagne and throwing themselves into it in unbridled glee every time the title is mentioned. It’s a collection of personal essays by ten women, including me and fellow Register blogger Simcha Fisher, all of whom are practicing Catholics. Nine of us are married; none use contraception, and so the volume acts as a window into the life of this mysterious woman who rejects artificial birth control. A lot of folks have been speculating lately about what existence would be like for American women without contraception; now, they have an answer.

My copy arrived in the mail yesterday, and I read the whole thing by this morning. I had a lot of reactions: I thought it was funny. I thought it was thought-provoking. I thought the authors’ takes on their topics were refreshing. But the one thought that persisted more than any other as I peered into the lives of the nine other contributors was this: These women are having fun.

It reminded me of something I noticed when I was first exploring Catholicism. Back then I found myself in two different arenas of the online world: I spent about half my time reading secular women’s blogs, most of which were written from a decidedly atheistic/agnostic point of view. I spent the other half of my online time reading Catholic women’s blogs. Both groups of women were smart. Both were funny. Both were educated and articulate. Yet the Catholic women had something that nobody else did, something that was so evident that I would always notice if I had accidentally clicked on a secular blog when I’d meant to click on a Catholic one: They had joy. They had peace. And they just seemed to be having more fun than the rest of us.

That’s not to say that the Catholic women were always happy; happiness is different from joy. And when I say they had more “fun,” I don’t mean any kind of fun. I didn’t see nearly as much fun in the form of cynical ranting or amusement at the expense of others. What I saw was the type of fun you’d have on a voyage to an uncharted land, the kind of entertainment that can only be found from witnessing someone live a great story. And, no, the Catholics were not always perfectly behaved, and neither were they always the very image of Christ. Rather, what I saw was that their lives had a certain wholeness that I’d never encountered anywhere else. It was as if they had the secret owner’s manual to the human soul, and I didn’t.

I am reminded of all this as I turn the pages in Style, Sex, and Substance, especially when I consider its content in light of the recent contraception debates. Every “truth” of modern society predicts that these pages would be filled with angst and yearning for a better life, but that is simply not what you find. Our editor specifically directed us to be honest, and we were. I think each of us tried to give a real picture of both the ups and the downs of daily life as a practicing Catholic. And the reader still walks away with the unmistakable, perhaps surprising, impression: This is a great life.

At the time of this writing, the book is only available directly from the publisher because it keeps selling out in the other major outlets. Why is it that the publisher can barely ship copies fast enough to satisfy demand? I believe that it’s because people have now gotten an unfiltered glimpse into the lives of real women who reject the one thing that modern feminists tell us we most need to be happy; and within these lives they have encountered deep, authentic joy.

This article courtesy of the National Catholic Register.