Trending Now
You are at:Home»Featured»The Three Deadliest Words in the World: “It’s a Girl!”
By Wendy Wright on February 2, 2012 Featured, Life Issues & Bioethics 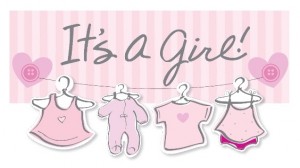 It’s a Girl: The Three Deadliest Words in the World is a documentary on the 200 million missing girls in the world today. Aborted, killed after birth or abandoned because they are girls.

I haven’t seen the film, but it’s sure to open eyes. Hopefully, it will show that the underlying problem with deadly cultural and government policies alike is a disdain for human dignity. No solution will be effective if it does not address that enduring bias that treats whole classes of humans as less than human.

Some feminists have engaged on this issue of gendercide. But they undercut their case to prohibit discrimination against girls when they endorse abortion. The same kind of prejudice drives both gendercide and abortion.

The film is set to be released this year.  Stay connected with the project through email updates or by connecting with them on Facebook.

This article courtesy of Turtle Bay and Beyond.