Trending Now
You are at:Home»Featured»The Winds of Change
By Ken Connor on October 23, 2013 Featured, Government & Politics 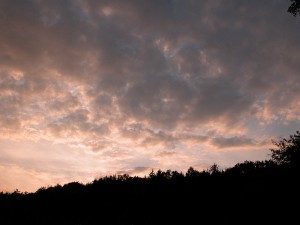 In the flurry of post-government-shutdown analysis, the talking heads are speculating about the demise of the Tea Party. According to the New York Times,

“In the aftermath of the U.S. government shutdown and a close call with default, there is a political consensus among Democrats, many Republicans, establishment conservatives, business leaders and the inside-the-Beltway commentariat: Senator Ted Cruz of Texas and Tea Party members in the House have done grievous harm to themselves and their brand. They caused economic and political wreckage and got nothing for it. The silver lining, critics say, is that these right-wingers may now be chastened, and Mr. Cruz’s national ambitions have been dealt a lethal setback.”

Meanwhile in Texas, Senator Ted Cruz’s constituents recently welcomed him home with a rousing, eight minute standing ovation. If the Tea Party has been grievously harmed and Ted Cruz marginalized, that’s news to folks in the Lone Star State.

As much as the establishment arm of Washington and their media counterparts would like the Tea Party to just disappear, they are wrong in their assessment of the shutdown and its impact on the movement. The Tea Party will not be relegated to the ash bin of history, and pronouncements of its demise are premature. On the contrary, the Tea Party has emerged from this federal fracas more committed and clear-eyed than ever. Unlike so many of the pundits and pontificators who set the agenda and guide the headlines, the Tea Party and its members understand that something fundamental is wrong with Washington. They love this country and want to preserve it, and they understand that the path our government is on is one that leads to certain destruction. They know that you cannot spend more than you take in indefinitely. They understand that America’s gigantic debt and deficit are like twin millstones around our neck. They understand that there is an inverse relationship between the size of government and the freedom that citizens enjoy, and they understand that government grows directly in proportion to the amount of money available to it.

Consequently, the Tea Party is committed to shrinking government, reducing taxes, eradicating crony capitalism, and restoring the principles of ordered liberty and self-government to these United States. They are not wedded to the specials interests on Wall Street or K Street. They are truly free agents who see all they hold dear being destroyed, and they are prepared to fight as long and hard as it takes to stop it. This recent dustup over Obamacare and the debt ceiling is just one battle in what they view as a war aimed at shrinking government and expanding freedom.

Critics of the Tea Party who call themselves conservative criticize the “scorched earth” tactics of Senator Cruz and his allies. They bemoan the division and vitriol that now characterizes the national political process and long for the days of Clinton-Gingrich bipartisanship. Well, compromise only works when there’s a common ground to be had, and President Obama made it clear after his reelection that he intends to use his mandate to realize his goal of “fundamentally transforming” America. When one party is committed to eradicating the political, social, and cultural traditions that built this county in exchange for European-style socialism and the other party is committed to stopping it; when one party believes that printing money and borrowing from antagonistic foreign lenders is responsible fiscal policy and the other party believes it is financial suicide; when one party believes that the American people should entrust their healthcare to the same bureaucratic apparatus that runs the DMV and the other party believes that health care is a private matter best addressed at the state level . . . I ask you, where on earth is there room for compromise in this picture? Ain’t nothin’ in the middle of this road but yellow lines and dead armadillos.

After decades of decadence and service to the special interests, the Republican establishment is rotten at its core. But the winds of change have begun to blow in Washington, and many Americans couldn’t be gladder. The G.O.P. can either get on board or get pushed out of the way.