Trending Now
You are at:Home»Featured»The Work of Thy Hands
By Stu Walker on August 5, 2011 Featured, Leadership 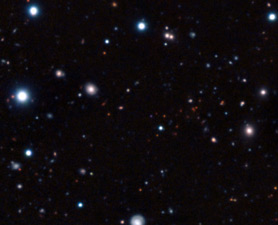 As we continue to hear of the “gloom and doom” forecasts of economic issues in theUnited States, it is good to put our focus on where it belongs — God. InMinnesota, we have a radio station that has a catchy slogan: “Keep and eye on the sky and an ear to WCCO.” We can paraphrase that and say, “Keep and eye on the sky (God) and an ear to the talking heads.” In this era of multiple TV stations and radio stations it is as though each must fill 24 hours a day with some type of entertainment. I say “entertainment” because very little actual news “reporting” is done anymore, but rather many opinions are given. This of course does not even mention the Social Networks, such as Facebook, You Tube, or Twitter.

So how does one sort out Truth. The other day, I was meditating onPsalm 8, which reads in part:

“O Lord, our Lord, how awesome is your name through all the earth! You have set your majesty above the heavens! Out of the mouths of babes and infants you have drawn a defense against your foes, to silence enemy and avenger.

When I see your heavens, the work of your fingers, the moon and stars that you set in place—
What are humans that you are mindful of them, mere mortals that you care for them?

First, let me say that I am one of the people that does believe that our world is under the chastising hand of God. There are simply too many signs — tsunamis, fires, floods, tornadoes, economic negativity, crime and corruption — to think anything else. The hand of a “punishing” God, no. The hand of a loving God, a God that loves and cares enough about his children to chastise and discipline them, yes.

“Endure your trials as “discipline”; God treats you as sons and daughters. For what “son/daughter” is there whom his father does not discipline? If you are without discipline, in which all have shared, you are not sons/daughters but bastards.

Besides this, we have had our earthly fathers to discipline us, and we respected them. Should we not (then) submit all the more to the Father of spirits and live? They disciplined us for a short time as seemed right to them, but he does so for our benefit, in order that we may share his holiness.

At the time, all discipline seems a cause not for joy but for pain, yet later it brings the peaceful fruit of righteousness to those who are trained by it. So strengthen your drooping hands and your weak knees. Make straight paths for your feet, that what is lame may not be dislocated but healed (Hebrews  12:7-8).

Recently, I watched a “Nature” TV show that dealt with the devastating forest fires inAustralia. How painful to watch as the fires raged, the animals wandered, literally in circles because they were so disoriented, and thousands of beautiful trees and vegetation consumed by fires that burnt at 5,000 degrees Fahrenheit at the peak of its intensity. Over 173 people were killed, homes and villages completely destroyed and thousands of animals killed. High winds drove the fires so fast that animals and people in vehicles could not outrun the flames. How could a loving God allow this to happen?

They interviewed the Park Rangers and scientists who were responsible for going into the charred ashes and investigating. What they noticed was that within the very ashes of the remains were the chemicals needed to begin the restoration process. Trees 60-100 ft tall, charred to the core began to blossom sprouts that fed the animals that did survive. Within three to four weeks Koala bears that feed only on Eucalyptus leaves found branches bearing the very leaves they needed to regain their strength.

The Psalmist tells us:

Yet you have made them little less than a god, crowned them with glory and honor. You have given them rule over the works of your hands,  put all things at their feet:
All sheep and oxen, even the beasts of the field, The birds of the air, the fish of the sea, and whatever swims the paths of the seas.

Story after story unfolded of birds, fish, and animals that volunteers rescued and nurtured back to health, including a species of fish that was just about extinct. Volunteers were able to rescue them, nurture them back to health and then release them into mountain streams that gave them the best chance for survival.

One of the images that stuck in my mind was a Forest Ranger standing beside a tree that was probably 75 feet high, pointing about three-quarters of the way up the tree where new growth was pushing out of the charred tree trunk. He pointed up to it and said, “Now that is not supposed to happen. It is just not supposed to happen.” One reporter told of seeds that lay dormant in the ground for 30 to 40 years waiting for a forest fire to provide the chemicals necessary for them to sprout.

Within fourteen months after the fires, the hillsides were once again filled with blossoming trees, animals foraging in the forest and birds singing. People were rebuilding homes and villages. Life is not returning to “normal”, because normal died for many when the 173 people died. However, God was providing a new normal. As Peter told Jesus, “You are the Christ, the Son of the living God.

The living God chastises, but he also heals. For those who believe in Christ, the best is always yet to come.

O Lord, our Lord, how awesome is your name through all the earth!