Trending Now
You are at:Home»Featured»Thirteen Years, Onward
By Fathers for Good on September 11, 2014 Featured, Live in Christ, Society & Common Good 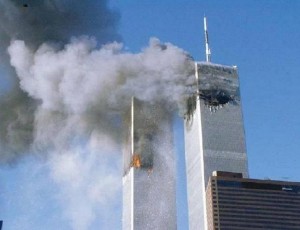 Christians know that evil won’t win in the end, yet that knowledge sometimes seems small comfort when the end seems far from sight. Scripture tells us that Christ will come, angels will gather all humanity, and judgment will be final. Yet until that triumphant day, we carry the pilgrim’s palm, not the victor’s wreath, hoping that the former will be weaved into the latter when we come before the Lord.

Today marks the 13th anniversary of the September 11 terror attacks, when we will remember and grieve over the nearly 3,000 souls taken from us too soon in New York, Pennsylvania and Washington, D.C. I can write no other way than from my heart as we mark the memorial, for I share a personal history with the Twin Towers, living my teen years, young adulthood and early married life a few blocks from what became Ground Zero.

From my Park Row bus stop heading off to high school each morning, I watched the towers rise, their steel and glass climbing higher until sleek, silver buildings without shoulders were topped at last by flat heads and an antenna sending signals to the world.

They were two broad figures thrust to heaven, shifting the perspective of New York’s skyline as they added weight to the lightly populated downtown area. I remember during the bicentennial fireworks in 1976, when famed CBS anchorman Walter Cronkite wondered aloud why Manhattan doesn’t sink or tip over with all the skyscrapers planted in it.

Every native-born New Yorker surely told him through their TV screens that it was the bedrock, the schist, the hard stuff that laid the foundation for the city’s vertical splendor. We had learned that fact in our New York school rooms from Grade 1, even from the Catholic sisters, that New York was great, different, close to unmovable because of the geological density settled deep beneath our feet. It made for a secure feeling when we walked the cracked, potholed streets and rode through subway tunnels. It also kept us from panicking when entering tall buildings that we knew couldn’t fall.

Until the day the tallest fell. We tell ourselves that there were so many heroes that day 13 years ago – and, indeed, there were – and that God was present in the goodness that pervaded the city long after – and, indeed, he was and still is with us. Yet it still chills me to think of the thousands of people killed in a few seconds, crushed or burned or jumping from the heights, some hand-in-hand.

I can still smell the smoke of the smoldering heap, see the steady airborne mix of white-steel flakes, pulverized concrete and, most likely, cremated bone and flesh. Days later, my wife and I prayed when we removed the ash from our apartment balcony, which faced southward to what was left of the Twin Towers.

Though we moved to Connecticut a few months later due to my job with the Knights of Columbus, September 11 still throbs in our hearts. There are memories and a lack of closure for those who lived near enough to hear the planes explode and sift through the aftermath, with no electric power and drinking water flowing only from a city truck on the corner. My wife had worked in the North Tower for the company that lost the most employees that day. She had left her job a year earlier when she was pregnant with our first child, a move that likely saved her life.

Thirteen years later, as evil still infiltrates the earth and terror threatens, we must pray for peace. Though the day may seem long ago, we must never forget the horror of war being brought to our shore. Though there is a long, uncertain journey ahead as we walk this valley of tears, we must move ahead toward final victory in Christ.