Trending Now
You are at:Home»Featured»This Fourth of July: Confirm Thy Soul in Self-Control
By Dr. Paul Kengor on June 27, 2011 Featured, Government & Politics 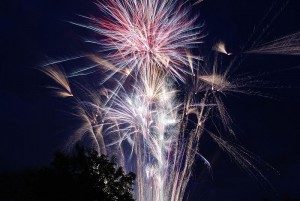 I encourage you to set aside the burgers and dogs and soda and beer for a moment this Fourth of July and contemplate something decidedly different, maybe even as you gaze upward at the flash of fireworks. Here it is: Confirm thy soul in self-control.

What do I mean by that? Let me explain.

The founders of this remarkable republic often thought and wrote about the practice of virtue generally and self-control specifically, two things long lost in this modern American culture of self. Thomas Jefferson couldn’t avoid a reference to one of the cardinal virtues—prudence—in our nation’s founding document, the Declaration of Independence, which, incidentally, ought to be a must-read for every American every Fourth of July (it’s only 1,800 words). Our first president and ultimate Founding Father, George Washington, knew the necessity of governing one’s self before a nation’s people were capable of self-governance. As Washington stated in his classic Farewell Address, “’Tis substantially true, that virtue or morality is a necessary spring of popular government.”

A forgotten philosopher who had an important influence on the American Founders was the Frenchman, Charles Montesquieu, whose work included the seminal book, The Spirit of the Laws (1748). Montesquieu considered various forms of government. In a tyrannical system, people are prompted not by freedom of choice or any expression of public virtue but, instead, by the sheer coercive power of the state, whether by decree of an individual despot or an unaccountable rogue regime. That’s no way for human beings to live. There’s life under such a system, yes, but not much liberty or pursuit of happiness; even life itself is threatened.

Montesquieu concluded that the best form of government is a self-governing one, and yet it is also the most difficult to maintain because it demands a virtuous populace. As noted by John Howard—the outstanding senior fellow at the Howard Center for Family, Religion, & Society—Montesquieu noted that each citizen in a self-governing state must voluntarily abide by certain essential standards of conduct: lawfulness, truthfulness, honesty, fairness, respect for the rights and well-being of others, obligation to one’s spouse and children, to name a few.

“Each new generation must be trained to be responsible citizens … to be virtuous and conscientious,” writes Howard in The St. Croix Review. “Once the free society is well-established, the daily life of the family and the society is such that becoming virtuous is not a monstrous chore for the young people.”

Sadly, becoming virtuous has indeed become a monstrous chore in a society not only lacking virtue but eschewing virtue—fleeing virtue like a vampire fleeing a cross. Living life in a good way—what Benedict Groeschel calls The Virtue Driven Life—becomes so alien that the people prefer darkness over light. When virtues are not taught—whether at home, at school, or by America’s educator-in-chief, the TV set—they become unknown and ignored and unfulfilled, desiccated and dead upon the national landscape.

And perhaps saddest of all, as John Howard notes, virtue is something that can be acquired, like learning to speak a culture’s language. Once inculcated, however, it needs to be continuously reinforced by the cultural elements of the society. Virtue needs nourished, like fruitful plants need water and sunlight. Says Howard emphatically: “I want to repeat…. Virtue must be continuously reinforced by the culture.”

We Americans might not think about this much, but we actually sing it fairly often, even if the words don’t sink in. Consider this line from one of our sacred political hymns, America, the Beautiful:

That’s the ticket: Confirm thy soul in self-control. Our liberty is enshrined in our laws, but liberty should not be license for opportunities for the flesh. Our liberties, protected and permitted as they are, should not be exploited to do anything and everything we want, including things harmful to oneself, to one’s family, to one’s neighbors, to one’s culture, to one’s country. That misunderstanding and abuse of freedom is what Pope Benedict XVI calls a “confused ideology of freedom,” one that can engender “the self-destruction of freedom” for others.

It’s a timeless concept worth remembering this Fourth of July and every day going forward.