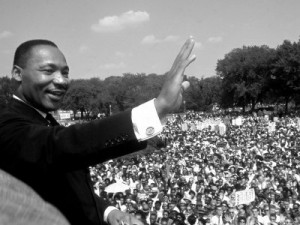 In America, today commemorates the life of the great civil rights leader, Dr. Martin Luther King Jr. He was one of those moral giants God raised up to guide a nation toward a new stage in its collective moral development. Like Abraham Lincoln, William Lloyd Garrison, and others, he played a pivotal role in opening a window for the fresh air of human equality to flow across America. The curtain of ignorance separated, inviting people across the land to breathe freely. On the air that flowed through that open window came the sweet hope of the Almighty’s sacred and intense light to illuminate anew the inalienable truth that all humanity is created equal and deserving equal opportunities to live and flourish with dignity for no other reason than they are created in His image.

There were those who were afraid of the light and tried to shut the window and close the curtain of ignorance which would plunge people back into previous darkness. They preferred the darkness because the light would show their deeds, corrupt hearts, and the poverty of their characters. They killed King (as they killed Lincoln) for daring to open the window to truth and the ideal of human equality. They wanted to alienate inalienable human Rights and confuse self-evident truth.

Their bullets killed Martin Luther King and Abraham Lincoln but could not stop the truth that enables men to breathe and live free and emerge into new moral understanding about the brotherhood of man, under the Lordship of Jesus Christ.

Yet the Right to Life has been under direct attack since 1973 in America and earlier than that in Canada. Until Roe versus Wade is over-turned, and Canadian law is passed affording unborn children protection and care, then we will show, by our actions, that we do not believe in universal human rights that are inalienable.

A couple of years ago I delivered the key-note address to the U.S. National Right to Life Prayer Breakfast. People from every state in the Union were in attendance. After my address, I was introduced to Dr. Alveda King, the niece of Martin Luther King. She had been in the audience throughout my address. I was embarrassed. It should have been Dr. King who spoke, not me! In true King fashion, she was gracious, kind and encouraging.

The Kennedy’s may be America’s aristocrats but the King’s are America’s nobility. In keeping with the noble calling of her uncle, Dr. Alveda King stands with the greatest civil rights struggle of the 21st Century: The Right to Life.

The blood of over 50 million unborn children pollutes American soil and their voices cry out from the ground to God for justice! People of America, tremble and know that God is just.

He is also merciful. If America will turn from the great evil of abortion and repents of the sin resulting from Roe V. Wade, maybe God will hold back His judgment.  Perhaps it is not too late.  Join with the leadership of Alveda King in her commitment to stop abortion. God has raised up Dr. King as a moral leader — in the noble legacy of her uncle — for a time such as this. Rally behind her to champion the universal human right of all America’s children to exist and breathe the fresh air of life and acceptance within the greater Human Family!