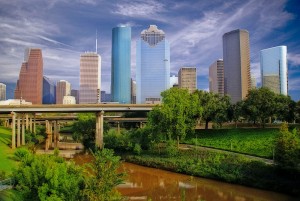 There is a saying of G.K. Chesterton’s about economics that one finds frequently quoted, but often it seems with little attempt to understand what Chesterton meant or might have meant, especially in the context of his entire economic thought. Now most people know that Chesterton was a Distributist, but since there is some confusion in many minds about what Distributism really is—some mistakenly thinking that it is a form of capitalism or even of libertarianism—it is not surprising that the remark of Chesterton’s that I refer to generates some confusion when isolated from the rest of what he said about economics. Now the remark in question, as usually quoted, is this: “Too much capitalism does not mean too many capitalists, but too few capitalists.” Taken in isolation this assertion might legitimately be difficult to understand, especially if one does not know what Chesterton means by capitalism or by capitalists, or neglects to consider Chesterton’s often compressed and aphoristic style. So let’s look at this statement again, but in context, and then in the light of what Chesterton said elsewhere on the same subject at greater length and with more clarity.

In the first place, where does this utterance of his appear? That is more in doubt than one might think. If one searches on Google, he will find the statement quoted often enough, but usually with no source given, since apparently many people simply repeat quotations with little care about their source or even their authenticity. But where a source for this quote is given I found it attributed to either of two of Chesterton’s books, Tremendous Trifles or The Uses of Diversity. But I do not think it can be found in either book, at least I could not find it in either. Possibly it is there, and if a reader can find it in either one, so much the better for his research. Please let all of us know below. But where it definitely does appear is in another book of Chesterton’s, The Superstition of Divorce, chapter 3. In this book, however, it forms not part of an extended discussion of economics, but is found in a paragraph richer even than usual in Chesterton’s ability to jump from subject to subject, in a jumble of words that generally comes out at the end in a triumphant statement of a truth. In this particular case, earlier in the paragraph he had spoken of the Primrose League, of those “who are blamed for the bigotry or bourgeois smugness of their marriage conventions,” of the practice of Irishwomen pouring boiling water on those attempting to evict them from their homes, of shields and of escutcheons. And he ends the paragraph thus:

As I said, the whole paragraph is rich in thought and highly allusive. But what does he mean by the quotation anyway? Is it a backhanded way of saying that Distributism is really capitalism, that the fault of capitalism is that it is not capitalist enough, that Chesterton, for all his gibes at capitalism, really was among its ardent supporters?

We can find, I think, his meaning clearly and easily enough if we look at the same thought expressed with more care elsewhere. First, let us look at what he says about the two key terms in the remark,capitalism and capitalist. In The Outline of Sanity, he writes,

For instance, Capitalism is really a very unpleasant word. It is also a very unpleasant thing. Yet the thing I have in mind, when I say so, is quite definite and definable; only the name is a very unworkable word for it. But obviously we must have some word for it. When I say “Capitalism,” I commonly mean something that may be stated thus: “That economic condition in which there is a class of capitalists roughly recognizable and relatively small, in whose possession so much of the capital is concentrated as to necessitate a very large majority of the citizens serving those capitalists for a wage.” (pp. 42-3 in the Ignatius Press collected works edition)

Capitalism, then, as Chesterton usually means it, is a situation in which a small minority owns most of the capital and pretty much everyone else must work for them. But what of the second term,capitalist? What does he mean by that? Clearly he means someone who owns capital. In fact, he goes on to say that,

[Some] suppose that capitalism must mean anything involving the use of capital. But if that use is too literal, it is also too loose and even too large. If the use of capital is capitalism, then everything is capitalism. Bolshevism is capitalism and anarchist communism is capitalism; and every revolutionary scheme, however wild, is still capitalism. Lenin and Trotsky believe as much as Lloyd George and Thomas that the economic operations of to-day must leave something over for the economic operations of to-morrow. And that is all that capital means in its economic sense. In that case, the word is useless. (p. 43)

Now suppose that such a condition were obtained, a condition in which a sufficient number of people owned capital, that is, productive property, of their own so that they would no longer need to work for a wage. What would happen then? Would we start the same process all over again, the process of competition, gaining of ever greater market share, destruction of competitors, small businesses becoming large businesses, so that in two years or ten years or whenever, we would again have the situation in which the majority would labor for a wage paid by those who did own capital?That would hardly make sense. If Chesterton is an opponent of the economic situation in which a small minority owns nearly all the capital and the rest of the citizenry must work for them, he is hardly likely to celebrate a return to such a state, even if we had a brand new crop of capital owners and a brand new crop of workers. No, and it is here that Distributism differs most markedly from libertarianism. As Hilaire Belloc explains it is The Restoration of Property, differential tax laws will ensure that property remains widely distributed to prevent another such concentration of capital in which most people must labor for the capitalist class in exchange for a wage. In other words, the stability of a Distributist economy is not left to the struggle of free competition, a state in which some are likely again to amass sufficient capital so that the rest of mankind must labor on their behalf. Allowing free play to mankind’s appetite for gain is as socially harmful as allowing free play to our sexual appetite. And just as the sexual appetite of mankind needs restraint by law and custom, so does man’s acquisitive appetite, a fact that our Catholic ancestors fully recognized and embodied in laws and in institutions such as the craft guild.

On final point, a point in which I must disagree with Chesterton. Chesterton’s definition of capitalism in my view is deficient in that he posits as the essential note of capitalism what in reality is only the inevitable result of a capitalist economy. Five years after The Outline of Sanity was published, in 1931, Pope Pius XI issued his encyclical Quadragesimo Anno. In it Pius characterized capitalism as “that economic system in which were provided by different people the capital and labor jointly needed for production” (§100). In other words, Pope Pius went one step further than Chesterton and saw the root of capitalism not in the very real domination which has always occurred whenever it predominates, but in the fundamental fact of the separation of ownership and work, of capital and labor. But the mere fact of such separation, as Pius goes on to say, is not unjust, for if it were we would sin were we to hire the teenager next door to mow our yard or paint our fence, for in that case we provide the capital and he provides the work. Rather what is the root, so to speak, of capitalism’s evil is that whenever the separation of ownership and work becomes widespread in a society, the result is exactly what Chesterton called capitalism, the “economic condition in which there is a class of capitalists roughly recognizable and relatively small, in whose possession so much of the capital is concentrated as to necessitate a very large majority of the citizens serving those capitalists for a wage.”

It is not wrong in itself to hire a man to work, provided that he is paid a just wage. What becomes a social evil is when such an arrangement becomes sufficiently widespread that it colors the entire economy and even the society itself. For this separation eventually creates a small class of capitalists who increasingly wield political power in their own behalf, and who use the economic process primarily to enrich themselves rather than as an instrument for the common good. In its most extreme stages, such as we have in the United States today, capitalists capture the political process and largely control the political class. Legal and tax norms are perverted to serve this small class, a class which uses the media to distract the public from real issues by an absurd concentration on movie stars and sports figures. But the foundation of such a situation is simply the widespread separation of capital and labor. And the Distributist alternative is simply the alternative of Pius XI’s predecessor, Pope Leo, who wrote, “As many as possible of the working classes should become owners.”