Trending Now
You are at:Home»Learn & Live the Faith»Apologetics»Traditionalists and the Incarnation
By Kevin M. Tierney on October 8, 2013 Apologetics, Catechesis, Featured, MyChurchParish.com 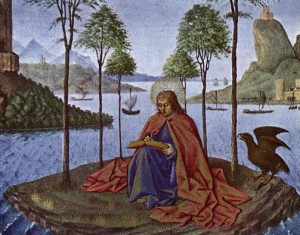 In a previous article, I outlined my belief that one of the greatest dangers facing Catholicism today is a lack of belief in the doctrine of the Incarnation of Jesus Christ.  This lack of belief stems from failing to appreciate the wide-ranging conclusions from such an event.  I pointed out how this problem has led to a rather rampant secularism even within the Church, and an overall laxity in practicing the faith.

It is my sincere belief that traditionalists have something powerful to offer the Church at large here.  While there are different ways of promoting the Incarnation, this is something traditionalists are uniquely suited to do thanks to our charism and the spirituality we promote.  First and foremost that spirituality is practiced via the Extraordinary Form of the Mass, which includes the following prayer (suppressed during the liturgical reforms which, speaking charitably, was regrettable to say the least) :

O God, who established the nature of man in wondrous dignity, and still more admirably restored it, grant that by the mystery of this water and wine, may we come to share in His Divinity, who humbled himself to share in our humanity, Jesus Christ, Your Son, our Lord. who lives and reigns with You in the unity of the holy Spirit, one God, forever and ever. Amen.

Within this prayer is a short but incredibly rich summary of the doctrine of the Incarnation.  To counter the modern-day Puritans, we are reminded that God did good in creating man.  Yet as Catholic scholar Dawn Eden is fond of pointing out, God’s greatest miracle is not creation, but re-creation.  Anyone can create a good work of art.  Only God takes the good work of art, and in restoring it makes it even better than the original.  (How many remakes of movies are better than the original?)

This wondrous restoration and elevation is accomplished through Jesus becoming man and showing us that the way to elevation is not through “realizing your full potential” like some silly self-help manual, but through self-denial, and after that denial, God can give you the grace to transform you into what you are truly called to be: a spouse of the Divine Word.

The most important part of this spirituality is that it occurs “through the mystery of the water and wine”, that is, the things of this creation are used to further the plan of salvation.  Today, even within the Church, salvation is treated as primarily a spiritual exercise.  The things of this world play a role in salvation only in that we must avoid them at every turn, in a religion of austerity and self-flagellation.  The Incarnation reminds us that there is good in this world, and that Catholicism is a religion devoted to defending using that beautiful in the worship of God.

Compare the gorgeous cathedrals of our tradition with the insipid modern architecture that passes for church buildings nowadays.  One gloried in the Incarnation, the other functionally denies it.  One expressed conforming the things of this world towards Christ, the other expresses conforming Christ to the world, hence the empty cross so many of them have in their Churches.  Traditionalists are derided for all the “smells and bells, pomp and circumstance” yet many (even traditionalists sadly!) fail to realize the true meaning of all this ritual and ceremony: all of creation is pressed by the one who has dominion over it (Genesis 1:28) into serving the Creator.  In this Incarnational approach to Mass, we aren’t just making the Sacrifice of the Cross present to humanity, we are fulfilling the original Biblical mandate at the moment of our creation.

This aspect of the Incarnation also led to what I feel is the most underappreciated element of our faith:  Catholic Social Teaching.  The entirety of our social doctrine is premised around the fact that there is good in the world, and that good should be pressed into giving Christ to the world.  While the mileage of such attempts varied, we were reminded that sometimes a powerful worship of God could be offered by taking the things we see in everyday life and finding ways to dedicate it to the spirit of Christ and the virtues He represents.  Even if nation states never again practice this, individuals can.

To remind us of that truth, traditionalists end their mass by praying the Prologue of John’s Gospel, where “the word was made flesh and dwelt among us” and we see the glory of God, full of grace and truth, and that this occurs right after we receive Holy Communion.  Faced with this, we are encouraged to get out there in the world and build up the Gospel, starting in our own homes.  This is a message the Church badly needs today, and we traditionalists commit a grave injustice when we fail to spread it.