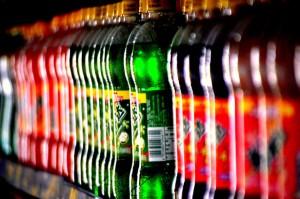 Like many first-born children, I’m a good rules-follower. Unless I suspect danger to my physical or spiritual well-being, I will do what I’m told by people who love me or the people who somehow make or enforce the rules.

So I always have been a pretty good “kneeler” in church.

By that, I mean that when those times arrive during Mass when everyone in attendance is supposed to kneel on the cushioned kneelers in the pew, I always have been able to do so for the full amount of time. No ache in my back or knees. No problem focusing on the prayers being said.

That is, until a couple of years ago. For about a month, I would kneel for just a few moments, only to lose my stamina. I kept my knees in place, but I moved my backside to the front edge of the seat and rested there. The discomfort could feel overwhelming.

I simply couldn’t go the distance. The harder I tried to last the entire time on my knees, the more difficult it became. “Kneeling fatigue” set in.

The only thing that helped was when I looked around and saw someone else suffering from the same trouble, with their backside also resting against the edge of the wooden bench. I don’t know, maybe they didn’t really have “kneeling fatigue.” Maybe they were bored, didn’t care or were just lazy. I couldn’t really tell the difference. Beside, I didn’t want to guess and judge.

In those moments I would tell God, “All right, I will kneel upright for that person there who doesn’t seem to be able to do so.”

I have found that to be true in many other areas of my life. Indeed, in all areas. As soon as I fully rely on God – remembered by many Christians with the acronym F.R.O.G. — that’s when things seem to come a little easier.

It’s Biblical, you know. As St. Paul famously wrote to the Philippians: “I can do all things through Christ who strengthens me.”

That should be common sense for anyone who professes faith in a God who took on flesh and died for our sins to save us with unconditional love.

Spend any amount of time with any man, woman, girl or boy and you will see we are undeniably weak. Heck, if you had followed me around just during the last couple of months and had the ability to read my mind, you would have seen how incredibly weak I am. And you would know the difference made when I’ve called upon the strength of the Lord.

When my depression strikes, even a little, I tend to turn without a fight to a couple of dangerous places: Diet Coke and fast food. You should know I’m not a fanatic against them. “All things in moderation” applies to McDonald’s, Burger King, Rally’s, Taco Bell – all those things that were part of my weekend staples in high school and college. Trouble is, the older I’ve gotten, the more often I have turned to those meals. And that hasn’t been healthy for me.

Take the soda, for instance. I was up to 120 ounces or more a day. Never mind what effects that was having on my constant headaches. Diet Coke includes aspartame as its sweetener, and studies have linked aspartame to clinical depression. Does it contribute to mine? There’s no way of knowing. There also are reports that aspartame paradoxically makes it difficult to lose weight. Believe me, my research-crazy wife frequently has cited all of that to me.

I’ve been trying, since the first of the year, to taper my Diet Coke intake. Once, I foolishly tried to stop completely, cold turkey. That was an unmitigated failure from about the third day. This time, I simply have tried to cut back gradually and had gotten down to about 40-50 ounces a day after the first four months of 2015.

Not to make excuses, but once my mom’s brain tumor returned and she passed away in May, I fell back into my “comfort drink.” Would it have been worse if I was drinking beer or whiskey? Perhaps. But for me, going back to four or five bottles of DC a day was the epitome of failure and weakness.

One day, I was pushing a cart around the grocery store. I was by myself. No one to argue with me as I approached the checkout lanes and en route walked past all the soft drinks. I looked over, saw all the products and without thinking twice grabbed a Diet Coke. I set it in the cart and pushed onward.

Then, in the middle of the store, I stopped. I stood for a moment. I felt a twinge of guilt. And I had a conversation in my head, right there, with God.

I pushed the cart a few more steps, stopped again and closed my eyes. When I reopened them, I picked up the bottle of soda, carried it back with the others and instead selected a cold plastic bottle of unsweetened tea.

“Thank you, Jesus,” I whispered.

One day two weeks ago, I felt as low as I have been since before Christmas – when I nearly checked myself into a hospital because I didn’t feel safe with myself. No energy. No motivation. No self-esteem. I was starting to run really low on hope. In such times in the past, I would yield to the weakness. I would load up on my “comfort foods” – cupcakes, peanut butter cookies, pastries and especially dinners of a huge hamburger and large fries. I begrudge no one, myself included, having two all-beef patties, special sauce, lettuce, cheese and … well, you know what I mean.

But for a man set on losing a lot of weight and getting healthier this year, it’s dangerous territory. One big burger tends to lead to another and, well, again, you know what I mean.

I left work for lunch and was set on that meal which would have provided almost 1,000 calories to my body along with guilt, shame and an overwhelming sense of my pitiful weakness. As I pulled into the restaurant parking lot, even with the delicious memory of the burger’s taste, my mind felt tortured. I felt close to tears but knew I wouldn’t change my mind.

Suddenly, an impulse to pray touched my spirit. “Take away my desire, Jesus,” I said. “Bless me with your strength. I have none.”

In moments, I stepped up to the counter and ordered: “A regular hamburger and small fries, please.” That, I promise, marked a huge victory in my day.

Know, then, that the LORD, your God, is God: the faithful God who keeps covenant mercy to the thousandth generation toward those who love him and keep his commandments. (Deuteronomy 7:9)

If I try to do something completely on my own abilities and strength, I fail. And failure for someone with depression is tantamount to being punched repeatedly in the head and gut. As soon as I do something for someone else, however, life’s difficulties don’t seem so difficult. As soon as I yield my will and instead ask that God’s will conquer the moment, Jesus wins.

That doesn’t involve just kneeling at Mass or what I choose to eat or drink. The same goes for my daily prayer time, finding the ability suppress anxiety and deal with social situations, getting out of bed in the morning, showering, going to work, writing, listening to a person in need – if I yield my will and ask for his, Jesus wins. Every time.

Funny how something so obvious still eludes me so often.