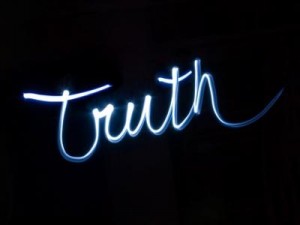 This is the season for Christian love and goodwill. Yet the air is polluted with the bombast of pro-aborts who never seem to stop spewing. These folks do not concern themselves with the true meaning of Christmas. Christ does not fit into their game plan—as recent comments from their choir make abundantly clear.

The Harvard Crimson student newspaper published a letter by Louis Evans, class of ’13, who uses pro-abort arguments with every confidence that he is on the right path while his foes are simply writing drivel. For example, he cites fellow student James P. McGlone, with whom he disagrees, saying McGlone “disparages the ‘personally pro-life but politically pro-choice’ position as logically incoherent based on the claim that we cannot strongly hold a moral proposition without willing it to be law. This is nonsense.”

Apparently Evans does not consider abortion an act that results in the death of a human being. He must believe abortion is a political topic that one can debate in public while opposing it in private. In fact, Evans is so strident that he claims those who hold pro-life positions are lacking all appreciation for the thought pro-abortion folks have put into their position. What Evans is missing is clear: when the facts are laid out before someone and the realization occurs that aborting a human being is murder, the debate is over. Evans prefers to snooze past this evidence. What a pity!

Jim Fetzer of Wisconsin has a similar perspective, telling the Wisconsin State Journal readers that “life and personhood are not the same.” He justifies his contradictory position by writing,

If pregnancy entailed personhood, every pregnant woman qualifies not as one but as two persons. We would need morality police to maintain vigilant coverage of sexually active women to make sure that, should they become pregnant, the rights of those persons are upheld.

An entity that cannot sustain life independent of its mother cannot properly qualify for personhood. So the Supreme Court was right.

Let’s unpack this gobbledygook and hope Fetzer is paying attention.

When a woman is pregnant she IS an expectant mother; she IS responsible for her life and the life of her preborn child. She qualifies as one person, her preborn baby as a second person. No police required in this case; the fact of two separate people is clear and discernable to anyone who is not committed to ignoring basic biology and common sense.

If human rights were equally recognized in law for all persons before and after birth, the expectant mother and her child would be equally protected by law. This is the true meaning of human rights, is it not?

This is why Walter Hoye, an African American pro-life leader, has written, “Personhood affords us the opportunity to address how words have been used historically to justify the vilest crimes against humanity. Personhood reminds the public that malevolent and wormwooded words fuel violent human behavior.”

See how ridiculous Fetzer’s arguments are when taken to their logical conclusion? Sadly, though, folks who support abortion don’t think with logic, but only with pro-abortion doublespeak. This is the very malady seven Supreme Court justices suffered from in 1973.

The quest for equal protection for all human beings is vital to the thread of human kindness that separates man from beast. It is time for those who are in denial about this to take a time out and stay there until they have sorted through their disjointed perspective, stopped cowering, and joined the human rights movement. Only then will the killing cease.