Trending Now
You are at:Home»Featured»Turning Tables on the “Gotcha” Journalists
By Ken Connor on January 24, 2012 Featured, On Media 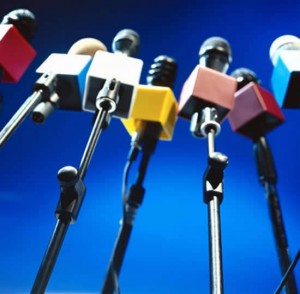 “Hell hath no fury like a woman scorned.”  No doubt this truism was at the top of Newt Gingrich’s mind as he responded to John King’s lead off question in the CNN Republican debate in South Carolina last week.

Marianne Gingrich, the second ex-wife of thrice married Newt, alleged in an interview with ABC News that the former Speaker of the House asked her for an “open marriage” when his affair with then aide and now third wife Calista Bisek was discovered.  Rush Limbaugh, himself on marriage number four, came to Newt’s defense, contrasting his alleged behavior with that of Bill Clinton by pointing out that Gingrich “at least had the politeness to ask for permission.”  Limbaugh’s quip aside, King no doubt thought he had Newt in a difficult spot and was expecting to see the former Speaker squirm.

But the ever nimble Newt turned the tables on King and managed to turn political lemons into electoral lemonade by going on offense.  Flatly denying the accusations, Gingrich exploded with indignation, calling the question “despicable,” “vicious,” and “appalling.”  The audience roared with approval, booed John King, and gave Newt a standing ovation.  The scene was reminiscent of the recent exchange between Gingrich and Juan Williams, who during a Fox News debate drew the crowd’s disapproval when he suggested that the candidate’s comments about food stamps and the work ethic of inner-city kids was belittling to racial minorities and the poor.  Once again, Gingrich turned the tables on his interlocutor, responding that while politically incorrect facts might be unpopular, President Obama has put more Americans on food stamps than any other president, and that he believes offering employment opportunities like janitorial work (his daughter Jackie’s first job) to at-risk kids would teach them important lessons about the value of a day’s work and lower their risk of dropping out of school.  The crowd roared its approval.

Gingrich has often complained of “gotcha journalism,” in which the media is more interested in asking questions designed to embarrass the candidate rather than elicit information or illumination.  George Stephanopoulos recently attempted to back Mitt Romney into this kind of corner with a question concerning the constitutionality of the Griswold v. Connecticut Supreme Court ruling, apparently in an attempt to paint Romney as anti-contraception.  As with King and Williams, this strategy backfired, Stephanopoulos drew boos, and Romney emerged unscathed.

It is clear that the public is as sick as the candidates are of gotcha journalism.  The media long ago abandoned its role as neutral inquirers and dispassionate reporters and assumed the role of protagonists in the campaigns.  Having done so, the public is now glad to see the media get a dose of its own medicine.  This has undoubtedly played a role in the renewed momentum of the Gingrich campaign, as evidenced by his significant victory in the South Carolina primary contest and his rising poll numbers in Florida.

Emboldened by victory, Gingrich will no doubt continue to employ his verbal ju juitsu strategy with a skeptical and antagonistic media.  If they are smart, the media will derail this plan by simply doing away with the gotcha journalism in favor of legitimate questions that are actually relevant to the issues in the debate.  If they don’t, Republicans may be able to thank the media for Newt’s nomination, at which point he’ll have a chance to bring his considerable rhetorical skills to bear on Barack Obama.

Stay tuned.  Newt’s performances are making the WWF look like child’s play.  Say what you like about Newt Gingrich, his clashes with the media provide great entertainment, resonate deeply with conservative Americans sick of Liberal media bias, and will no doubt increase the viewing audience in coming interviews and debates.  All in all, not a bad thing for the run up to the most important election in decades.