Trending Now
You are at:Home»Columnists»“Two and a Half Men” Teen is the Real Grown-Up
By Marybeth Hicks on November 28, 2012 Columnists, Featured, On Media 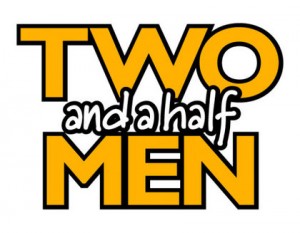 Another of the stars of the hit CBS comedy “Two and a Half Men” has imploded, metaphorically speaking, but this time I’m betting the damage to the actor’s career is beyond repair.

Recall that in March 2011, Charlie Sheen’s erratic behavior on the set and off finally resulted in his being canned by the producers of the wildly popular sitcom. Mr. Sheen was accused of showing up for work under the influence of drugs and alcohol, charges that seemed believable, given the widely reported antics for which he was known in his personal life. (Think sex, drugs, rock ‘n’ roll, anti-Semitic remarks about the show’s producer, Chuck Lorre and, of course, the unforgettable porn-star “nannies.”)

Mr. Sheen remarkably survived one of the most public and embarrassing meltdowns in celebrity history. In fact, he turned his firing into a one-man show, briefly filling concert halls with a performance that essentially called for him to sit onstage and rant. He said he wasn’t bipolar, but “bi-winning.”

He gave us the buzzword “winning.” He won.

Actually, he really did win. Despite what producers claimed about his lack of professionalism, Mr. Sheen settled a wrongful-discharge lawsuit with CBS in September 2011 for an undisclosed amount described as being “to the satisfaction” of all involved. It had to be pretty satisfying, considering that Mr. Sheen was being paid between $1.2 million and $2 million per episode.

I remind you of the Sheen saga because it’s going to be an interesting comparison when the dust settles around young Angus T. Jones.

Mr. Jones, 19, quite literally has grown up on the set of “Two and a Half Men,” playing the “half man,” Jake Harper, son of actor John Cryer’s character, Alan, for nearly 10 years. (Mr. Sheen played Jake’s Uncle Charlie. For purposes of continuity after Mr. Sheen was fired, Charlie was killed off and replaced by actor Ashton Kutcher, who is now the show’s comic foil/bachelor sex symbol.

Nope. Mr. Jones found Jesus, and that’s going to wreck his career for sure.

In interviews recently aired online and picked up by major news networks, Mr. Jones gave testimony about the conversion of heart that has brought him to Christianity and, ultimately, to the Seventh-day Adventist Church.

He talks of experiencing the baptism of the Holy Spirit as if he were being hugged inside and out. He says it was the best feeling ever.

Most controversially, he says if you watch “Two and a Half Men,” you should stop because the show is “filth.”

Apparently, having discovered what he now believes to be the truth, he is no longer comfortable doing the devil’s handiwork by polluting and corrupting the hearts and souls of his fellow man.

Talk about a career killer.

There’s no word yet from CBS, Mr. Lorre or others associated with the network or the show. No indication yet if Mr. Jones will quit the highly lucrative job, for which his current two-year contract pays him $7.9 million plus a $500,000 signing bonus when he committed in 2010.

But in the twisted world that is Hollywood, and in the disturbing American culture in which we live, it will not be at all surprising that Charlie Sheen continues to enjoy all the perks that celebrity, wealth, power and fame can bring, while Mr. Jones probably will be characterized as “unstable,” and in all likelihood the leaders of his newfound faith will be accused of brainwashing or manipulating him. (That’s already happening.)

Here’s the catch: “Two and a Half Men” is filth. It corrupts our cultural soul, and it accomplishes more for Satan — by glamorizing and glorifying sin and depravity — than we’ll ever know or understand.

Young Angus speaks the truth. Now let’s see where that takes him.