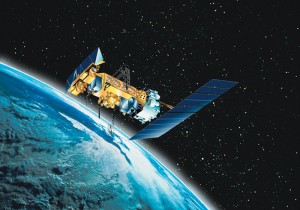 We have all heard, ad nauseam, about the so-called “greenhouse effect.” Even little children can tell you how the build up of carbon dioxide in the atmosphere traps heat by increasing humidity and thickening the cloud layer.

Except that it doesn’t — at least to the degree that the U.N climate models have been programmed to “believe.”

Instead, as soon as the climate begins to warm, the Earth’s atmosphere begins releasing much of this energy into space.

How do we know this?

As Dr. Spencer stated in a press release, “The [NASA Terra] satellite observations suggest there is much more energy lost to space during and after warming than the climate models show. There is a huge discrepancy between the data and the forecasts that is especially big over the oceans.”

This new study supports earlier National Oceanic and Atmospheric Administration (NOAA) and NASA data showing that humidity and cloud cover did not increase the way that the flawed U.N. computer models predicted.

This may sound to some like an abstract question of scientific research. It is not. There are many, including the President’s science czar, who would like to make fundamental changes in our way of life — even dictating how many children we can have — in order to combat the threat of “man-made global warming.”

To such anti-people ideologues we may add the profiteers. The United Nations, joined by dozens of nonprofits, has literally raised billions of dollars by frightening both politicians and ordinary people with the specter of the planet overheating. It is safe to say that there are thousands of people who, one way or another, profit from climate alarmism.

In a sane world, the Spencer-Braswell study should sound the death knell for the theory that, by releasing carbon dioxide into the atmosphere, we are making the planet unlivable.

Unfortunately, radical environmentalist and population control groups are largely immune to facts. For example, they continue to propagate the myth of overpopulation even as the populations of country after country age and die. Why should the myth of man-made global warming be any different?

Then, too, the Global Warming establishment has built up considerable forward momentum by this point. Movements with millions of adherents and billions of dollars in resources simply do not go quietly into their graves.

Still, while Global Warming alarmists like Al Gore continue to hyperventilate over the supposed danger of increasing levels of carbon dioxide in the atmosphere — and call for increased funding for abortion and fertility reduction programs — the rest of us can breathe easier.

It’s becoming abundantly clear that the only thing “man-made” about Global Warming is the hoax itself.