Trending Now
You are at:Home»Featured»U.N. Delegates Beware
By Austin Ruse on August 27, 2012 Featured, The Homosexual Agenda 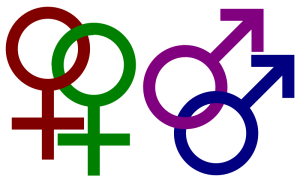 The UN is in the midst of a multi-year campaign to regularize homosexuality and other behaviors in the scheme of international law.

The skirmishes began many years ago with attempts by Brazil to place sexual orientation within a resolution at the Human Rights Commission in Geneva. This failed more than once but it was a testing motion to see where they stood.

The scene shifted to UN headquarters in New York where various controversial homosexual groups applied for non-governmental organization status with the Economic and Social Council (ECOSOC). Governments on the NGO Committee were able to block this maneuver for many years until the full body of ECOSOC began the unusual move of overturning decisions of the committee.

Then came the “statement” led by France on sexual orientation and gender identity becoming categories of non-discrimination in international law. Proponents charged recalcitrant governments with supporting the murder of homosexuals. This charge was actually leveled against the Catholic Church. Advocates took months and received 85 signatories to this document which was misrepresented in the press as a official UN General Assembly resolution. Hardly reported at all was the fact that Egypt initiated a counter statement and in the course of only a few weeks got 80 nations to sign on.

Then came further debates about the death penalty, specifically the summary execution and extra judicial killing resolution in the General Assembly. Here advocates tried to get language into the resolution that would include homosexuals in the category. This was defeated and then in an unusual move was reopened and agreed to.

Then last summer an ambitious draft resolution on homosexual rights at the Human Rights Council got watered down into a toothless resolution merely requesting a study be commissioned by the UN High Commissioner for Human Rights. It was passed 23-19, meaning it was supported by a mere fraction of the UN’s 193 member states. It never even mentioned LGBT persons nor did it in any way call for a new human rights category for sexual orientation or gender identity, focusing only on “discriminatory laws and practices” and acts of violence. Arguably, this was yet another defeat, but US officials hailed it  as a major event, with Secretary of State Clinton calling it a “historic moment” for  LGBT rights.

Thus did a call for a simple study get trumpeted as a huge victory of homosexuals, leading people to believe that something normative had changed. Of course, nothing like that happened. But that is the dishonest nature of this debate and why UN delegates who represent traditional people must be ever vigilant and never give an inch on this issue.

This issue is not about the murder of homosexuals. It is about a dishonest campaign to force governments to accept homosexual marriage, homosexual adoption, and homosexual propaganda being taught to your children.

I must make it clear that we condemn all barbaric criminal sanctions being used against homosexuals in some countries. But taking this position is a far cry from accepting what is the main desire of homosexual activists and legal scholars and that is making sexual orientation and gender identity new categories of non-discrimination in international law.

We are well aware of the extreme pressure the U.S. government is putting on reluctant governments. Many governments who have wanted to vote against these measures have been visited by teams of American diplomats who are making not-so-veiled threats.

If governments do not remain strong and do not stand together, then in the coming years U.N. committees are going to make your lives even more miserable than they already do. Development strings will increasingly be connected to accepting the broad homosexual agenda. NGO lawyers from the U.S. and E.U. will invade your counties and in the end you will be labeled as not better than supporters of the killing of homosexuals, and similar to outright racists who are to be shunned.

We expect homosexual advocates will try something more in the coming General Assembly. Delegates should begin talking right now on strategies to stop this assault.