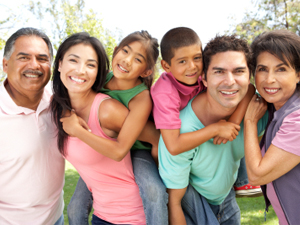 A recent press release by the United Nations Population Fund (UNFPA) declares that the world’s population will reach 7 billion people on October 21, 2011. According to PRI President Steven Mosher, while the release pays lip service to human achievements, it also makes a veiled demand for more population control.

In the release, UNFPA’s Executive Director Dr. Babatunde Osotimehin states that “a world of 7 billion is both a challenge and an opportunity. Globally, people are living longer, healthier lives and choosing to have smaller families.”

However, Osotimehin goes on to say that “the population projections underscore the urgent need to provide safe and effective family planning to the 215 million women who lack it. Small variations in fertility — when multiplied across countries and over time — make a world of difference. We must invest the resources to enable women and men to have the means to exercise their human right to determine the number and spacing of their children.”

“Osotimehin’s language reflects the same obsession with overpopulation that has driven the UNFPA agenda since its founding,” Mosher continues. “What PRI’s research has shown is that when population control ideas begin to drive policy, the results are always the same: human rights abuses, broken families, and bloodshed. China’s one-child policy, in which the UNFPA is an active partner, is the best example of where the UNFPA’s population obsession leads.”

“While the UNFPA claims that hundreds of millions of women in the developing world are demanding contraceptives, our research around the globe has shown that this is simply not true,” concludes Mosher. “What they are actually crying out for is better primary health care for themselves and their families. We should stop funding population control programs and instead turn our attention to real problems like malaria, typhus, and HIV/AIDS.”

“People are our greatest resource. Everyone, rich or poor, is a unique creation with something priceless to offer to the rest of us.”