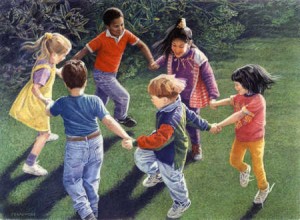 The UN Commission on Population and Development is considering “sexual and reproductive health and rights” for children as young as ten.

Even the Secretary General Ban Ki-Moon agrees. In a statement recently released he said, “Young people, as much as all people, share the human right to health, including sexual and reproductive health.”

Currently international law does not recognize a “right” to sexual and reproductive health and certainly does not recognize this right in the case of minors. But just last year, the UN Special Rapporteur for Health, Anand Grover, stirred up significant controversy when he not only claimed that a “right” of sexual and reproductive health existed but attempted to define that right as including access to abortion, contraception, and sexual education.

The association of this right with youth by the Secretary General and the Commission on Population and Development (CPD), especially children, is more controversial since the right could be defined as including access to abortion and contraception.

Organizations like International Planned Parenthood (IPPF) and IPAS, staunch advocates for the sexual and reproductive rights of minors internationally and at the United Nations, have already issued official reports to the conference bureau supportive of rights language including contraception and abortion. They are also using the conference as an opportunity to attack parental involvement in the sexual health of their children.

For organizations like IPPF, parents are the biggest obstacle to minors accessing services like abortion and contraception, and they hope to secure language at the conference that will marginalize their role.

In its official statement, IPPF asserts,  “laws that restrict young people’s access to sexual and reproductive health services, including parental or spousal consent laws” must either be removed or be refrained from being implemented. IPAS goes even further and argues that youth should be considered independent actors free of any obstacles that ignore their own “capacity to make informed decisions.” Their main goal at this conference will be to marginalize parental involvement and encourage countries supportive of their position to increase pressure for the kind of language that the Secretary General has already been proposing.

Given that the document that will be negotiated at the conference calls upon “governments…to give full attention to meeting the reproductive health, service, and education needs of young people with full respect for their privacy and confidentiality,” it seems their efforts may already have a head start.

The Commission members have started negotiating the document now and the final negotiating session will happen this month. It is sure to be among the most controversial in years.