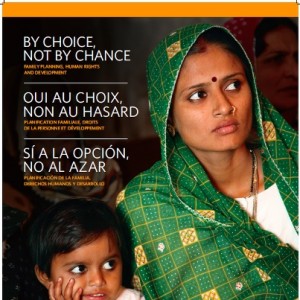 The United Nations Population Fund (UNFPA) drew international headlines this past week for claiming a new human right to contraception.

Contraception as a human right is a centerpiece of UNFPA’s annual state of world population report “By Choice, Not By Chance: Family Planning, Human Rights, and Development”.  Borrowing from the language of natural law, the executive summary declares that “today, family planning is almost universally recognized as an intrinsic right, affirmed and upheld by many other human rights.”

Human rights experts point out that human rights do not come about by the assertions of UN agencies and that no such agreement exists among Member States.

The report frequently refers to the discredited idea of “unmet need” for contraception. Critics consider “unmet need” “advocacy construct” and say it does not represent actual demand.  A video documenting UNFPA’s efforts to bring contraception to Uganda, shows how hard advocates must sell what is supposedly a “need”.  In the video health logistics consultant Moses Muwonge claims “the unmet need for contraceptives is 41% in Uganda,” but then he points out they have to use the mass media to sell their use.

The executive director of UNFPA, Dr. Babatunde Osotimehin, has requested $8.1 billion dollars a year be allocated toward family planning internationally. The report’s author, Dr. Margaret Greene, says that “money is just part of the solution,” and refers to legal, logistical and other obstacles that must be removed. Greene is not a disinterested party. She heads a non-governmental organization that words to change social customs to promote contraception.

Greene’s report says “negative social pressures” such as religious beliefs and traditional culture are the major obstacles to widespread contraceptive use in developing nations.  Also, a recurring theme in the UNFPA report was the uncoupling of procreation from sexual intimacy: “Ensuring…access to family planning regardless of…marital status requires an acknowledgement of sexual activity for pleasure and intimacy before and after marriage as well as within it.”

Sexual activity among teens and adolescents was also viewed favorably in the report. “Young people’s sexual activity challenges the emphasis on abstinence and the view that sex should occur strictly for procreation. The reality is that many young people are not abstinent, and their sexual activity is not motivated by a desire to have children.”

The report does disapprove of one context for adolescent sexual activity, that is, within marriage. A previous UNFPA report urged nations to outlaw marriage under the age of 18, considered it child marriage. The report explicitly states that sexual initiation outside of marriage might be better for girls, “since non-marital sex generally entails less frequent and more often protected sex than occurs in marital relationships.”