Trending Now
You are at:Home»Featured»We Are Penn State: Complicity in the Wake of Abuse
By Jane Smith on November 15, 2011 Featured, Law & Justice 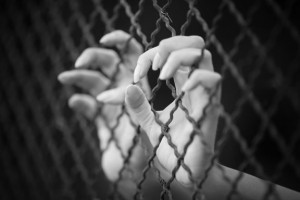 Hardened newscasters expressed shock that men like Paterno, Penn State president Graham Spanier, and other university officials knew that children were being abused, yet turned their backs. “Who among us,” one commentator raged, “would not stop it? Who among us would not be outraged?” Water cooler discussions are also buzzing—this news from Penn State’s storied halls has set tongues wagging with rightful moral outrage. “How could they?” we ask.

But wait—before we get too comfortable on our moral high horse, perhaps we need to ask if we could be similarly guilty. Didn’t Jesus tell us to look for the log in our own eye before we worry about a splinter in another’s?

Every day thousands of American boys and girls are brutalized, sodomized, and raped in our country’s sex trafficking industry. Every day they go unnoticed on city streets and at truck stops; when authorities do intervene, it is more often to arrest these children and send them to detention centers than to rescue them. We are, in effect, collectively “turning our backs” on thousands of cases of child sexual abuse daily.

Experts estimate that more than 100,000 children, some as young as 10, are bought and sold multiple times each day in our country to gratify the sexual desires of customers. Who are these children? How do they fall between the cracks and into the cesspool of the sex trade? As with other trafficking victims, they are from the margins of society, a vulnerable population often lured into “the life” by a pimp’s deception. Many have run away from or been thrown out of their homes and are desperately fighting to survive. Many have suffered physical or sexual abuse at the hands of their parents or other caregivers. Many are victimized by the pimp-gang culture prevalent on city streets. As a society we devalue these children; we assume that they have chosen to sell their bodies. We see them as not worthy of our time—their pimps and customers see them as commodities. In February 2010, Rachel Lloyd, founder of GEMS, a shelter in New York City that aids girls victimized by commercial sexual exploitation, testified before the Senate Judiciary Committee that, as a nation, we see “Keshia from the Bronx … as a ‘willing participant,’ someone who’s out there because she ‘likes it.’” Do we truly believe that an 11 or 12 year old chooses to sell her body to strangers?

Children caught in the sex trade in this country have virtually no recourse.

One social worker in Atlanta declared that “we don’t waste our money on whores.” The “whores” in question were juveniles. One teenage girl testified that she had been arrested 17 times, suffered the indignity of handcuffs and shackles, and even spent time in prison. Another, who managed to escape, told an interviewer, “The cops called me ‘ho,’ ‘prostitute,’ and treated me like [expletive]. The courts told us we should know better; we could get out if we wanted to … but we couldn’t. And they never gave us any help.” Today, just over one hundred spots are available in our country in facilities that specialize in aftercare for these victims.

While some churches are living out Jesus’ call to minister to the “least of these” by developing ministries that help child victims, many Christians are unaware of the evil in our midst or, worse, are exacerbating the problem. In 2008, for example, eight churches in Atlanta founded StreetGRACE, a ministry committed to ending the commercial sexual exploitation of children; two years later, when a bill before the Georgia legislature made it illegal to charge minors with prostitution, several churches across the state fought long and hard against it. The bill died in committee.

“Who among us would not stop it? Who among us would not be outraged?” ranted the commentator about the Penn State abuse. Who indeed? But we must also ask who among us can stand by while an even greater evil is occurring. It is long past time for Christians to lead the fight against the sexual enslavement of thousands of children—children God created in His image, children He loves. We must condemn this practice as the evil it is, raise awareness in our communities, intervene to protect the vulnerable from those who would exploit them, provide services to those already victimized, and lobby legislators to pass much-needed legislation. Jesus demonstrated his love for children—if we are to model Him in the world, we must do the same.

I'm a mom, grandma, librarian, and a "work-in-progress" Christian who is interested in learning how to love the Lord my God with all my heart, soul, and strength; how to love my neighbor as myself; and how best to live out my faith in 21st-century culture.