Trending Now
You are at:Home»Columnists»We are the Light of the World
By Rev. Tucker Cordani on February 8, 2014 Columnists, Featured, Sunday Reflections 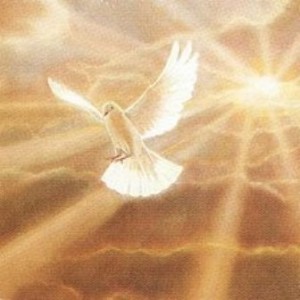 “Jesus is the greatest treasure in the universe.  Jesus is better than anything—even the Super Bowl.  If you have Jesus, it’s still awesome, whether you win or lose.”

In a recent television interview, Rocky Seto, a coach for the Seattle Seahawks, the NFL champions of Super Bowl 48, expressed his belief that faith in Jesus Christ empowers him and his drive to win.  Pro football players, he says, ‘worship the ring,’ but win or lose, the lovelight of Christ shines greater than a trophy behind glass.

God leads the charge and we should cheer him on by sharing his Word to those who need to hear the message of salvation, especially those who live in darkness or in fear of being ridiculed because they are Christian.  People like us.

The purpose of our mission Church is to share the Word of God with the world and to pack the pews with faith-seekers, catechumens, candidates, lapsed Catholics, and converts, even nonbelievers.  That means shedding the fear of proclaiming that Jesus is the light of the world, even when nonbelievers, those fallen from the faith, or members of our assemblies find the gospel to be hackneyed, irrelevant, or just plain uncool.

When it came to evangelizing, Saint Paul was MVP and he ran the race to win.  But sometimes it seemed that there were fewer checkmarks in the “win” column than in the “loss” column.  He preached the faith so fervently only to realize that his words bounced back at him like a rubber ball against a wall.  Paul found this to be true with certain members of the church he founded in Corinth, a community to which he addressed more than a few letters to help its members see the light.  Often these Christians dropped the ball but the Apostle never threw in the towel.  Even after they rejected him Paul opened wide the doors to his heart.

In First Corinthians Paul reminds the members of the congregation (known to have been Paul’s “problem child” church) that he wasn’t trying to come off as a superstar.  In fact, he was only carrying the water.  “When I came to you, brothers and sisters, proclaiming the mystery of God, I did not come with sublimity of words or of wisdom. … I came to you in weakness and fear and with much trembling … a demonstration of spirit and power—the power of God” (2:1, 3, 5).

The weakness of the crucified Lord is reflected in Paul’s presentation of himself to the members of his churches.  Like the moon and the sun, Paul possessed no luminance of his own: he was the moon and he merely reflected the light and the power from the Son.  “I resolved to known nothing while I was with you except Jesus Christ and him crucified” (2).  Paul was the Apostle of the crucified Lord, a just man whose light shone in the darkness as a lamp for others to follow.

Saint Francis reportedly said, “At all times preach the gospel; when necessary use words.”  Isaiah the prophet provides a list of actions to take in the presence of others to display our belief in the Son.  Sharing.  Sheltering.  Not turning our back on our own —other Christians.  Follow that list and “your light shall break forth like the dawn. … The glory of the Lord shall be your rear guard” (58:8).  God’s got your back.

Recently another professional athlete, Kevin Durant, a basketball player for the Oklahoma City Thunder, got caught in an interview by an ESPN reporter after he had a stellar game.  What do you attribute to your success? the reporter asked.  “Jesus Christ,” he answered.  The interviewer broke into laughter.  “You had nothing to do with it?” Durant was asked.  “No.  Nothing.  It’s all him,” he responded.  Interview over.

When it comes to evangelization the media can be a double-edged sword.  The words of the faithful stars reach countless viewers—111.5 million people watched the Super Bowl, a third of the country’s population—and can make an impression on fans, especially young people.  But the press can turn on them like a boomerang and cut them to ribbons.  It works both ways.  (Recall Tom Cruise railing Katie Couric over Scientology—talk about a bully pulpit).  Most of us aren’t famous or even almost famous but many of us use social media like Facebook and Twitter.  Practitioners Benedict XVI and Pope Francis make clear the efficacy of a medium that reaches around the globe and across centuries.

As Christians our words should be synonymous with our actions.  The Word must be proclaimed.  To perform deeds of loving service is our aim but talking up the faith isn’t being self-aggrandizing.  We work for Jesus and the actions we take should speak volumes about our faith but we must continually heed Jesus’s Great Commission: “Go into the whole world and preach the gospel to every creature” (Mk 16:15).  Now is not the time to remain silent.  The Word of God is living and effective (Heb 4:12) and lives by word of mouth.

Jesus said, “At the judgment seat everyone will give an account of the careless words they speak” (Mt 12:36-37).  Or the words we don’t speak.  If we can’t speak openly about God, then how can we presume to speak for God?