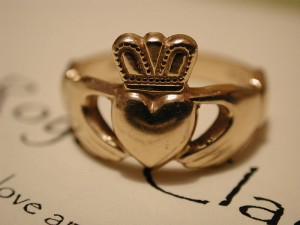 Spring is wedding season, and though few celebrations can top last month’s royal wedding, plenty of brides hope to give Kate Middleton a run for her tiara. The $27,800 price tag for the average American wedding may be chump change compared to the $32 million royal nuptials, but it’s enough to drive an $86-billion-a-year wedding industrial complex that has spawned an entire genre of reality TV shows and even a new term for perfectionist fiancées: Bridezillas.

With so much time, treasure and tears invested in tying the knot these days, it’s easy to forget that the state of matrimony — as opposed to the state of weddings — is in serious trouble. America’s divorce rates are among the highest in the world; married couples now constitute a minority among U.S. households; and out-of-wedlock births are at an all-time high, with nearly four in 10 children today born to single mothers. The ranks of couples living together have risen 72 percent since 1990, transforming cohabitation from a pre-marital anomaly to a social norm — and, for many young couples, a substitute for marriage rather than its precursor.

Statistics show that young Americans still value marriage, however. A recent Child Trends study found that more than eight in 10 unmarried adults ages 20 to 24 believe it is important or very important to be married someday, and a Pew poll released last year found that young adults rank parenthood and marriage far above career and financial success on their list of life priorities.

Hence we see young women transfixed by “Say Yes to the Dress” reruns and dreams of fairy-tale weddings even as they shrug off the possibility of marrying the father of their children. Others reverse the shotgun-wedding response to an out-of-wedlock pregnancy, resolving not to marry their child’s father until well after the birth lest a “baby bump” cramp their wedding-day style. Many young men, meanwhile, spend years sharing sexual intimacy and a household with women they do not consider “marriage material” — a judgment that often persists even after their live-in girlfriends have borne their children.

Such scenarios are more common among less educated Americans than among elites. Rates of cohabitation and non-marital childbearing have soared since the early 1990s among those with only a high school education, while college-educated Americans increasingly follow the more traditional marriage-before-baby-carriage script. This class-based marriage gap is troubling, given that marriage historically has provided crucial financial and social support to families on the economic margins. The gap is particularly bad news for children deprived of married parents: On nearly every measure from graduation rates to their own marital success, children fare better when raised by their married mothers and fathers.

So what’s driving today’s disconnect between wedding fantasies and marriage realities? The University of Virginia’s National Marriage Project and the Institute for American Values’ Center for Marriage and Families recently released a study tackling that question. Edited by sociologist W. Bradford Wilcox, the report cites the “increasingly elusive soul mate model” of marriage peddled by Hollywood and the wedding industry as one possible answer.

In recent decades, the report notes, Americans have shifted from thinking of marriage as a permanent, practical union that integrates ‘sex, parenthood, economic cooperation and emotional intimacy” to seeing it as “primarily a couple-centered vehicle for personal growth, emotional intimacy and shared consumption that depends for its survival on the happiness of both spouses.” This switch — from regarding marriage as something that helps you thrive in life and raise your children well, to seeing it as a capstone to the success you already have achieved and something that should last only as long as it completely fulfills you — has convinced many struggling Americans that a successful marriage is out of their reach.

“Because infidelity, substance abuse, and unplanned pregnancies are more common in middle America than they are in upscale America,” the report noted, “middle Americans are less likely than their better-educated peers to experience high-quality soul mate relationships and are, hence, less likely to get and stay married. Their standards for marriage have increased, but their ability to achieve those standards has not.”

Add in rising social acceptance of unmarried childbearing and the fact that many young adults never witnessed successful marriages as children, and it’s no wonder many dismiss marriage as a gamble they need not take, even if they want to become parents.

And yet their dreams of wedded bliss persist, suggesting that human beings have an innate desire for the lasting love and stable family life that marriage promises. Perhaps the first step to rebuilding a healthy marriage culture is to convince young Americans that fulfilling that desire is possible — but it will take hard work, delayed gratification and far less focus on the wedding day than the years that follow it.