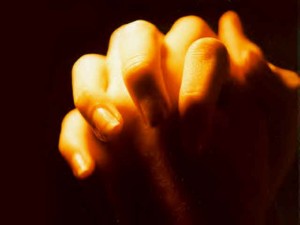 My talks, especially the one on cloning, are not all uplifting and feely-good.  Most people come in all warm and fuzzy and after learning about what goes on in IVF clinics and labs all over the country, they leave horrified.  Slide after slide reveals the mass production, manipulation and destruction of human life and the lies that politicians, advocates and the media tell to obscure the facts.  Once I show them the picture of human embryos cloned with cow, rabbit and mouse eggs published in a reputable scientific journal, I think their minds are pretty much blown.  One man described my presentation on stem cells and cloning as “a horrific train-wreck you can’t take your eyes off of.”  (If you want to subject yourself and/or your parish to such horror, you can contact me through Mary Meets Dolly.)

Inevitably, in a daze of shock and disbelief, one attendee will always ask me, “What can we do to fix this?” In the beginning of my speaking career, I often felt that we are so immersed in the culture of death that there is nothing we Catholics could do except paddle against the tide and try not to drown. I would reply to that question with some suggestion or other that probably wouldn’t help at all.

That was until someone told me I was “worthless.”  I had given a presentation on stem cells and cloning to the adult education group at my own parish.  I thought it was pretty good.  I rode the rest of the week into the weekend on a high that I was actually accomplishing something.

That very weekend was a parish social where I got to sit down and talk to the people who attended my talk earlier in the week.  A pair of men came up to me to introduce themselves.  They were brothers.  One was developmentally disabled.  He blurted, “Did you see that lady that talked at class this week.  She was totally worthless right?”  Of course, the worthless lady that he was referring to was yours truly.

I laughed as the brother apologized profusely and explained how his brother didn’t understand anything I presented.  I was not offended, however, because I realized that his brother was right.

Writing my pathetic little blog, giving talks to handfuls of people and doing radio interviews were all well and good, but without God, my effort to reverse the culture of death in biotechnology and educate my fellow Catholics was an endeavor much too big for me.  Alone, without Him, my efforts may not have been totally worthless, but they were just about.

We have to pray.  Pray that God will reverse the total disregard for the sanctity of human life in IVF clinics and biotech labs around the world.  Without earnest and fervent prayer, the mass production and commodification of innocent human life will continue and expand.

A friend of mine told me that before she read my work, she just used to pray for and end to abortion and euthanasia.  Now she realizes how much bigger the problem is and how much greater her prayers need to be.

So I ask you to pray not just for an end to abortion and euthanasia, but also for an end to the mass creation, destruction and manipulation of human life in the earliest stages.  Pray for a change in the hearts and minds of our society away from the utilitarian perspective that is dominating our culture.  Pray for conscience protections for medical professionals, not only so these healers will not be coerced into abortion, sterilization, and assisted suicide, but so that, in the future, they will not be forced into performing reproductive cloning or unethical human enhancements.  Pray for all those that work in biotech fields that they have the wisdom to know what is moral and immoral and the courage to stand for what is right.

It doesn’t matter if we understand (or know about) what the scientists are up to or not.  We still need to pray that all human life, especially the smallest and most innocent, is treated with the utmost respect and compassion.

Thanks to that gentlemen, I now know how to answer the question that is always asked of me after most of my presentations, “What can we do?”

Get on your knees and pray.