Trending Now
You are at:Home»Featured»What Can We Learn from the Trayvon Martin Story?
By Margaret Mary Myers on March 28, 2012 Featured, Parenting, The Social Order 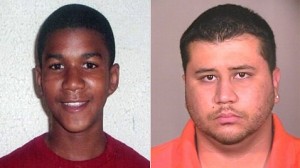 Was the Trayvon Martin story about race? I can’t sit in judgment on what was in Zimmerman’s heart and mind, but objectively, from what the media has passed on to us, it does look to me like an issue involving prejudice.

As a white girl growing up in the fifties and sixties in Washington State, I was oblivious to race problems. I didn’t “get” the civil rights movement.  So I started reading a lot of books on the subject as a teenager.  I found out that, Yes, there were still problems, all right!

When I lived in L.A., we experienced white, violent drug dealers living next door to us…two clean-cut-looking young men in their early twenties and their mother.  They once attacked the husband of another neighbor’s housekeeper who had come to pick her up.  They threatened my mother-in-law.  They had a dog which the animal control people called vicious. What is my point? My point is a concept that hopefully everyone reading this already knows!  Crime is not confined to any race nor is any race exempt.

In my travels – living in different parts of the country – I usually only knew one or two black families at a time until the past six years. Since we have lived in Baltimore County,  it has been my great pleasure to live and work and shop among many middle class people of African American heritage.

Living here in a more urban setting, my boys have often walked to the store – alone after dark – to buy their candy and tea, just like Trayvon Martin, in an area where they are definitely in the minority. But no one bothers them.  That’s one of the many reasons why that news story breaks my heart.  Regardless of race, there are areas where gangs and drugs and violence are prevalent, but in a middl-class gated community, this young man should surely have been safe.

When we used to live in Owings Mills (also here in Baltimore County) one of my sons would walk 3/4 of a mile home from his Wendy’s job at 2 a.m., in an area where he was the only white person working. Did I worry about him?  Yes, but only because I would worry about anyone walking home at 2 a.m., anywhere in the world.  Did anything ever happen to him? No.  And, of course, sometimes a co-worker gave him a ride home.

If you are white like me and you live where there are mostly white people as I once did, try to educate yourself and your children in racial diversity.  Read about African-American culture, Martin Luther King Jr., black saints and writers and artists, and the Underground Railroad.  Naturally, this same advice could apply to learning about the any other race or culture.

If you live among mostly people of your own race (whatever that race may be), you might want to find out where you can take your children – whether on a field trip or vacation – where you and your family can be among people of another culture or background than your own.  Ask locals, if you can, what areas are safe.  (I always think that’s a good idea when visiting any strange area.)  Find out what places might be interesting to visit. If you are from the country or a small town, and you are visiting a big city, don’t expect to make friends or even necessarily make conversation.  And don’t tell your children you want to expose them to other cultures; just take them to see whatever attraction or amusement you have chosen. Just let them see, without thinking about it, that other cultures have families and friends, and laugh and joke, that they are really no different.

Let us help stop prejudice in its tracks wherever we can, starting in our own homes and working out from there.

Let us pray for justice, equality before the law, and peace. And whatever race (or races) each of us may be, let’s all pull together in our lives and realize that we are all one in the Lord.  We were all created by the same good God, who made us equally and loves each of us infinitely.

Margaret Mary Myers is a Catholic wife and mother of six adult children. She has written articles for Catholic Exchange, for compilation books, and for various homeschooling magazines. She homeschooled her six children for 26 years. She also writes children's books.