Trending Now
You are at:Home»Featured»What Do You Think: Is Facebook a Place for Priests?
By Thomas A. Flynn, LC on March 10, 2011 Featured, On Media, Vocations 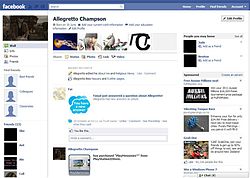 Now before you jump to any conclusions, I am not Amish and no, I did not grow up in a cave. I do not use Facebook because, quite frankly, I ‘m not sure I should be using it.

Like so many things of this world, Facebook is just a tool that can be used for good or bad.  It sure is handy if you want to get in touch with people, share thoughts, show pictures or recommend recipes.  On the other hand, Facebook can be used for bad, see for example the article by Arwen Mosher entitled Facebook: A Marriage Killer?  I guess it’s all about how you use it.

But I’ve always had a little question: should a priest be using Facebook?  What do you think?  Being a seminarian, I have an interest in the various opinions on the issue.  Some seminaries allow it, but others ban it.  A diocese in Mexico has said that for a seminarian to open an account on Facebook, he must ask the bishop in person and have a written permission.  Some priests have told me it’s an excellent tool, but other priests have said that they have had to stop using it.  Young people have told me that they think it’s great to see priests on Facebook while others have felt a little uncomfortable when a priest they know had invited them to be their friend.

Still unsure as to whether I should open an account or not, I decided togo over some pros and cons:

What the Church says: It is clear that Pope Benedict is pushing the Church forward in this digital age and inviting us to use all the means at our disposal for preaching the gospel.  Internet and social networks like Twitter, Myspace, and Facebook can be great tools to spread the Faith.  Let’s face it, God can’t be left at Church in Sunday while we head back to work or school on Monday.  He needs to be with us at all times.  But, there still hangs a doubt about priests spreading the gospel on the internet.  Would it be better for a lay person to do this?

That’s where the people are: A fellow seminarian told me that we need to reach out and go where the people are.  Sure there are millions of people on Facebook, but people can also be found in bars, dancing at night clubs and swimming on beaches.  Just because the people are there doesn’t mean that a priest has to go and find them.

Who are my friends?: Perhaps the biggest problem I found with priests using Facebook is their having to choose friends.  As a priest I am called to love all of God’s people equally.  Any priest will tell you that there have been moments in their life when they have had to sacrifice time with family or friends to rush off to the hospital or to fill in for another priest.  A priest is called to love everyone as Christ would love them.  Now, when a priest starts choosing some friends on Facebook, he is excluding others.  How would his parishioners feel if some were on Father’s list but others were not?  Do you invite everyone you know?  Also, how do you say no to people who want to add you to their list when you do not want them to?  One priest told me that he loved Facebook at the beginning because he got back in touch with many people he had lost contact with for years.  But little by little he realized that his old friends didn’t share the same values that he did and he had to take them off his list since they kept sending him things he did not want to read or see.  Choosing friends can be a pretty sticky job.

It can be quite superficial: Not everyone on Facebook shoots emails to each other about their opinion on St. Thomas Aquinas’ Summa or the latest encyclical the pope put out.  From what I’ve seen, the majority of young people who use Facebook write quick messages or just send pictures.  Maybe the presence of a priest could uplift the conversation a bit, but there is a danger of getting too fammilar with people.  A wise priest told me once, “If you have a friendship with someone who would feel awkward about going to confession with you, it’s probably not a good friendship.”

It can be addictive: I have heard many people tell me that Facebook is addictive.  They can’t stop checking it and it has even gotten in the way of their job and even their families.  Would a priest who has given his whole life to follow Christ have the time to constantly check his account?  “Time is money” they say, but for a priest truly in love with Christ, “time is souls”.

Facebook or face to face: Priests are in the “people business” and it’s important to remember that people do not relate to priests as they do to others.  I think it would be better for a priest to speak to someone in person so as to see their reactions or gestures and not misinterpret anything.  Also, I can’t imagine a psychologist who invites his patients to be his friend on Facebook.  It’s another level of relationship and should be put in the proper place.  A priest is not just another one of the guys. Usually, when people open their hearts to a priest, they prefer to do it face to face and not via email.

I know priests who use Facebook well and I know others who have decided to give it up.  I guess I am hesitant because I know it can be a great tool for evangelization but I wonder if it is a tool priests should be using.  What’s your take?