Trending Now
You are at:Home»Learn & Live the Faith»Catechesis»What is the Feast of the Immaculate Conception?
By Patrice Fagnant-MacArthur on December 7, 2011 Catechesis, Featured, MyChurchParish.com 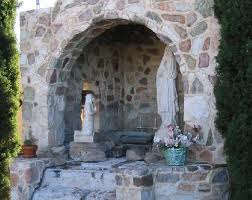 The birthday of Mary has long been celebrated on September 8th.  There is evidence that it was celebrated in the Eastern Church on that date as early as the sixth century. It would take a couple more centuries before it was celebrated here in the West. The information we have on Mary’s birth is not recorded in Scripture. Rather, it comes to us via the Protoevangelium of James written about 150 A.D. It is from this document that we have received the names of Mary’s parents – St. Joachim and St. Anne and the fact that they were childless for many years prior to having Mary.

It was officially declared thus on December 8, 1854 when Pope Pius IX declared that the Blessed Virgin Mary “in the first instance of her conception, by a singular privilege and grace granted by God, in view of the merits of Jesus Christ, the Saviour of the human race, was preserved exempt from all stain of original sin.” Original sin was not removed from her soul. Rather, it never existed. In the Eastern Church, this feast is still known as “The Conception by St. Anne.” For more information on the development of this feast, the Catholic Encyclopedia offers a good treatment.

On a related note, The First Council of Baltimore in 1856 declared Mary, The Immaculate Conception, as the patroness of the United States. The Basilica of the National Shrine of the Immaculate Conception, dedicated to the patroness of the United States and located in Washington, DC, is the largest Roman Catholic church in North America, and one of the ten largest in the world.