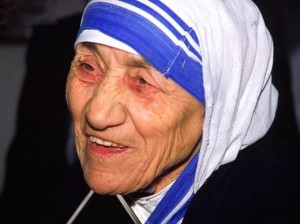 It’s busy season for debates over the role of women in Christianity.

First, there was the so-called “war on nuns,” the high-profile skirmish between the Vatican and the Leadership Conference of Women Religious. Then followed Harvard divinity professor Karen King’s revelation of a now widely discredited papyrus suggesting that Jesus had a wife. Now comes Archbishop of Canterbury Rowan Williams with a new push for women bishops in advance of this month’s Anglican General Synod — a push that has revived parallel demands among some Catholics for women priests.

For liturgical Christians who begin each November with a celebration of All Saints’ Day, these controversies raise a provocative question: What would the women saints say? Would they be heartened by euphoric reports about the rebels of Roman Catholic Womanpriests and the possibility of a Mrs. Christ? Or would they be troubled by the way these developments clash with Christian orthodoxy and by the unspoken assumption that a woman’s value depends on her proximity to ecclesial power?

Perhaps the women saints would agree with those who suggest that women would somehow matter more if Jesus had married one or if they could celebrate the Mass or wield a bishop’s staff. That view makes sense from the perspective of modern identity politics, where sexual equality is measured by quotas and defined as sameness of roles.

More likely, though, the women saints celebrated this month would question the entire premise of these debates by insisting that a woman’s liberation is rooted in her relationship with God — a relationship that exists prior to and independent of her particular position in the church or world. And that relationship, they might add, is only strengthened by fidelity to the traditions and biblical interpretations so often dismissed as sexist by religious progressives.

The focus on intimacy with God among the church’s holy women is not a consequence of underachievement. The canon of saints brims with female paragons of strength and ingenuity, from French military leader Joan of Arc and intrepid Spanish reformer Teresa of Avila to German philosopher and martyr Edith Stein and iconic humanitarian Mother Teresa of Calcutta. For all their accomplishments, though, the women saints always have been characterized by their focus on the interior journey and their conviction that a woman’s worth stems from bearing God’s image, not big titles or a laundry list of good deeds.

This countercultural emphasis on the interior life has spurred renewed interest in the women saints among Catholics. In a culture that worships productivity, equates status with significance and treats tradition as a four-letter word, the lives and writings of these humble, contemplative women cut against the grain. Young women particularly are warming to women saints as icons of what the late Pope John Paul II described as a “new feminism” based on the “feminine genius” for radical, loving openness to God and others.

Throngs of Catholics celebrated that genius in Rome last month, when Pope Benedict XVI canonized four new holy women and named a new female Doctor of the Church, Hildegard of Bingen. Hildegard was a Benedictine abbess and visionary polymath who composed her own hymns, language and letters to kings and popes. Fellow honoree Kateri Tekakwitha was a hidden soul, an orphan, smallpox survivor and lay contemplative whose youthful conversion to Christianity as a Native American brought both social ostracism and abiding peace. The church esteems both women not for what they did but for who they were: living witnesses to the belief that intimacy with God is the highest calling and greatest joy of every human person, regardless of sex, status or circumstances.

Some critics dismiss the saints’ focus on interior freedom as a conformist response to an inherently sexist church. But that argument ignores the revolutionary, pro-woman ideas that Christianity introduced to the world. Just as Judaism broke the mold of the ancient goddess cults by recognizing women as spiritual subjects with value apart from their sexual allure or ability to increase the tribe, so Christianity proved a liberating force with its insistence that women are more than the sum of their body parts, romantic partners or private and public roles. Even Mary of Nazareth is extolled not primarily for her role as Jesus’ physical mother but for exemplifying what he cites as a greater good: “Blessed, rather, are those who hear the word of God and keep it.” (Luke 11:28)

These ideas have concrete, contemporary implications. I discovered that while reading the works of French contemplative Therese of Lisieux, whose “little way” helped me recognize my father’s enduring dignity despite his debilitating Alzheimer’s disease. I rediscovered it while wrestling with infertility and studying the writings of Edith Stein, whose concept of “spiritual motherhood” introduced me to a maternal call that I could answer regardless of my ability to bear children. In both cases, the wisdom of the women saints helped me find grace and liberation in situations where secular feminist orthodoxies had proven little help.

For women wondering about the source of their worth and their place in the church, the women saints deserve another look. Their wisdom is ageless. And their common conviction — that a woman’s dignity is not a contingent proposition but an irrevocable gift from God — is as timely today as ever.

This article originally appeared on Real Clear Religion and is used with permission.