Trending Now
You are at:Home»Featured»What’s On Your Mantle?
By Terry McDermott on January 25, 2013 Featured, Live in Christ, Women 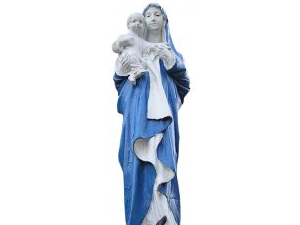 It’s a rhetorical question, really.  I could also ask: what’s hanging on your wall; what are you wearing around your neck; what does your bumper sticker say?

Once a month, I visit a patient who lives in a B’nai B’rith sponsored family apartment building.  There’s no mistaking that all the families living there are practicing Jews.  In every doorway hangs a mezuzah, the sacred parchment stored in a protective case and hung on the doorposts of observant Jewish homes.  On the parchment is inscribed the Shema (Deut. 6:4-9) and Vehaya (Deut. 11:13-21).  The Torah commands that the mezuzah be hung on the doorposts to remind the Jewish people of god’s presence and their duty to fulfill God’s commandments.

We like our homes to express who we are and what we cherish the most.  In my work, I go into many residences.  It’s very easy to notice how people have styled their homes and what their living space says about them.  Everything from financial status to decorating style to a person’s state of health is on display.  In many homes, other than in the Jewish apartment building, there is nothing to show whether the inhabitants have any religious beliefs.

In some parts of the world, prescribing to a religious belief other than the state-sanctioned non-Christian religion makes life very precarious.  Displaying an obvious sign of Christianity could lead to discrimination and physical attacks, even death.  Christians in these countries risk their safety if they hang a cross on the wall.

This is not the case in other parts of the world.  Those of us who live in countries that still claim tolerance tend to take our religious freedom for granted.  For the most part, we have become complacent and until now have just gone along with the status quo.  When the insidious forces of diversity and secularism began to encroach upon our freedom of religion, we weren’t prepared.  Now the fight is on.

A small but significant way of digging in our heels and fighting for religious freedom is by having one or more outward show of Christian belief displayed prominently in our dwellings.  In our home, just past the front door, hang two official blessings from two different Popes:  a family blessing from Pope John-Paul II and a blessing on the occasion of our 25th wedding anniversary from Pope Benedict XVI.  On our mantle are statues of our Blessed Mother and St. Joseph holding the infant Jesus.  A Divine Mercy picture is also displayed along with a pro-life painting of Pope John-Paul II holding a baby.  Above each bedroom doorway hangs a crucifix.  In my modest home office is a statue of St. Therese, my patron saint.  For Christians of other denominations, a cross, a Scripture passage or a family Bible could be proudly displayed.  The point is to have an exterior sign so that anyone who enters will know without a doubt that we are  Christians.

It’s a small thing, I know, and some people may see it as unimportant.  But is it, really?  Maybe it’s one of those things that we have always taken for granted, being able to hang a cross or display the Bible that’s been in the family for generations.  While having an outward sign doesn’t necessarily make us a devout Christian – clothes don’t make the man, after all – it seems to me that we should stop taking this form of freedom for granted.

Perhaps that Scripture quote in needlepoint on the wall, or the cross hanging in our bedrooms, or the Blessed Mother statue serves a deeper purpose.  Perhaps these outward signs remind us that our religious freedom is not to be taken for granted.  Perhaps they are reminders that the fight is on to preserve our Christian beliefs and we are ready and able to take up the cause.