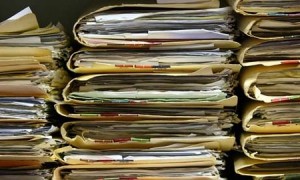 How do ya like them apples? That’s the question I was left with after the public to-and-fro between Planned Parenthood and the Komen Foundation for the Cure. The phrase popped unbidden into my head  as though my dad had said it, with New York vocabulary mellowed by long exposure to Hawaiian speech. In any case, the question is worth asking and answering.

You know by now how initial reports claimed that Komen executives pulled grant money from Planned Parenthood for the sake of maintaining the reputation of their own organization, because Susan G. Komen for the Cure wants no entanglement with organizations being scrutinized by Congress, where Rep. Cliff Stearns (R-Florida) currently leads a committee trying to find out whether Planned Parenthood misappropriated public funds. A day after the story broke that way, Komen CEO Nancy Brinker told Andrea Mitchell of NBC News that the change in Komen policy was driven by improvements to the grant-making process it uses internally.

Unwilling to part with a favorite villain from her collector’s set of Evil Republicans, and boggled by the idea that an organization fighting breast cancer might legitimately have one or two people opposed to abortion in its executive ranks, Mitchell tried to get Brinker to throw one of her colleagues under the bus, but Brinker recognized that ploy for what it was.

In the online magazine Slate, one writer decided that anyone appalled by the Planned Parenthood habit of holding health as a fig leaf over its abortion business must be trying to separate “good girl concerns” from “bad girl concerns.” Her reaction was mild compared to some of the venting on social networking sites. Komen grants had been earmarked for breast cancer screening exams. For people unfamiliar with books like Abby Johnson’s whistle-blowing memoir, Unplanned, any decrease in funding for PP allegedly proves that “anti-choice” activists care only for fetuses.

Lunatic fringe? We all know you’re out there.

Misguided though it is to ascribe narrow, laser-like compassion to people who staff schools, hospitals, soup kitchens, and other institutions of social uplift precisely because all human life at any stage of development is precious, doctrinaire progressives have to believe tripe like that because a clear-eyed look at what actually motivates people would open the door to discomfiting thoughts about whether Christians (to take the most obvious example) actually deserve the “pro-life” label.

Consider Philip Hannan, the retired Catholic archbishop of New Orleans who died last year at age 98. Hannan was praised for having built “an ever-widening network of services for the poor.” Among other things, he invited Vietnamese families fleeing the Communist takeover of Saigon in 1975 to settle in New Orleans, and many of them did. Unfortunately, neither his charitable work nor the motivations for it are likely to be understood by cheerleaders for abortion on demand.

We’re all in the muck of life together, but some of us look to the stars, and others shut their eyes.

Failure to donate to Planned Parenthood can be justified by more than platitudes about newfound diligence in a grant-making process. Komen executives were accused of apostasy by people who only applaud spinelessness when its sudden onset topples a politician into their own camp. Those executives then bowed to political pressure, but questions about the politics of grant-making will not go gently into that good night. As Michael Walsh wrote for the New York Post, the most shocking thing about the prevailing attitude of so many people on the Left is that “Even private charities can’t be allowed to cast a shadow of a doubt on the marquee protector of a woman’s ‘right to choose’ whether to abort her baby.”

If and when the Komen Foundation stops paying protection money to pro-choice zealots, it will have at least four solid reasons for doing so:

What then to make of them apples, as dad would say? Well, “Big Charity” has been cowed back into line, but it is now clear that Planned Parenthood’s much-touted commitment to women’s health is no more than “conveeenient,” as Dana Carvey used to sneer knowingly in those “Church Lady” skits for Saturday Night Live. Meanwhile, stalwart justifications for denying money to Planned Parenthood gather like musketeers at a coffee bar if you know where to look.