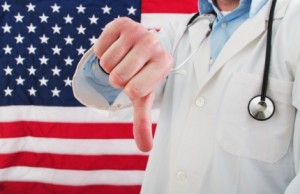 It’s like peeling up the edge of tape. The instant a society places more value on some human lives than others, it’s only a matter of time until that edge has been picked, pried and yanked enough to leave unsuspecting people grieving and wondering what happened to their right to life, liberty and the pursuit of happiness.

I saw a story yesterday from Pennsylvania that broke my heart.  In a piece titled Brick Walls, a mother tells how she and her husband took their daughter Amelia, who will be four years old in March, to the same hospital where she has been treated all her life to consult with a transplant team.

Amelia has Wolf-Hirschhorn Syndrome (WHS), a condition that is caused by a missing part of the short arm of chromosome 4. This missing genetic material results in severe developmental retardation, among other things.

Amelia’s doctor has advised a kidney transplant within six months, so the parents arrived at the meeting expecting to be given information about the process. They don’t want to be on a waiting list because there are plenty of willing donors in their large extended family.

The medical doctor overseeing the transplant process informed the parents, matter-of-factly, that he will not recommend the transplant to the ethics team because Amelia is mentally retarded – that reason alone. The team will vote, and the decision will be made.

A state social worker encouraged the parents not to be so involved in the decision. “Well, what happens when she is thirty and neither of you are around to take care of her.  What happens to her then? Who will make sure she takes her medications then?” The doctor even admonished the parents, “I have been warned about you. About how involved you and your family are with Amelia.”

So, for now, it is settled, when Amelia’s kidneys fail in six months to a year, the family is to let her die. So says the state and the doctor.

On the same day I saw another story in Ohio that was sad and disturbing. In the same month Amelia was born, March 2008, a little boy named Willie died from a Hodgkin lymphoma, a highly treatable cancer, after suffering for months from swollen glands.

His parents plead guilty to involuntary manslaughter for failing to provide him medical treatment. The attorney says the parents didn’t realize he was sick because the swelling came and went, and he seemed to get better at times.

The parents said they didn’t have the money for medical care and couldn’t get him a check up. The social services clinics cost too much, and a social worker advised them to try to secure financial assistance before they saw a clinic doctor. One day Willie came down with what appeared to be a cold; three days later, he died.

The same state that was unable to provide financial assistance for medical care, was able to conducted an autopsy, declaring Willie a victim of medical neglect who died from pneumonia due to Hodgkin lymphoma. That same state was also able to then conduct a four year investigation.

The grieving parents say they plead guilty as a plea bargain to spare the other four children from further grief and testimony. According to local sources, the mother and father are both facing eight years in prison, and they have split.

What’s this really about?

All I can surmise by comparing both cases, is that this is not about children, not about families, not even about resources. It’s about power. It’s what happens when the state has power over human life, when rights are not considered inalienable and endowed by our Creator, but alienable and granted by human authorities.

*Please read Amelia’s story, say a prayer, and see the comment section below it to offer help. The family asks that her story be shared with many, many people.