Trending Now
You are at:Home»Featured»When There Was Romance
By Tom Purcell on February 12, 2013 Featured, Music, The Social Order 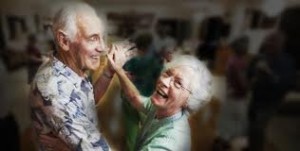 Hey, pallie, what the heck happened to romance?

I use the word “pallie” in deference to the great Dean Martin. A few summers ago, just before the annual Dean Martin Festival in Dino’s home town of Steubenville, Ohio, I decided to compare today’s hits with his.

I started with the No. 1 song on Billboard Magazine’s Hot 100 list, “Hips Don’t Lie” by Shakira. This song was a hit, no doubt, because of its eloquent lyrics:

Nobody can ignore the way you move your body, girl

And everything so unexpected — the way you right and left it

So you can keep on shaking it

No. 2 on the list was “Ridin'” by Chamillionaire, a rap performer. Here’s a little taste of that song’s poetry:

Tippin’ down, sittin’ crooked on my chrome

Bookin’ my phone, tryin’ to find a chick I wanna (slang expletive)

No. 3 on the list was “Promiscuous” by Nelly Furtado, a song brimming with love and affection:

You expect me to let you just hit it

But will you still respect me if you get it

Ah, modern romance. Things sure have changed since Dino dropped off the charts. Now I know why: Romance is dead.

Whereas the top three hits above celebrate human nature at its most base — wiggling one’s hips to stoke male arousal, looking for “chicks” to satisfy your urge, or wondering if a fellow will stick around after he samples the goods — Dino’s simple music spoke to the heart.

Consider the lyrics to “Amore”:

When the moon hits your eye like a big pizza pie

Amore means “love” in Italian, a mysterious and magical energy that every human longs for. Love is the basis of many of Dino’s songs. It’s nowhere to be found in the three hit songs I just referenced.

In 1964, when The Beatles’ new sound was making them the most popular band on Earth, Dino knocked “Hard Day’s Night” out of the top spot. He did so with “Everybody Loves Somebody,” an old-fashioned song that resonated with all age groups:

Everybody loves somebody sometime

Everybody falls in love somehow

Something in your kiss just told me

That sometime is now

Whereas many of today’s hit songs celebrate fear, anger and cynicism, Dino’s songs celebrate sweetness and innocence. His songs are idealistic and uplifting. They are ROMANTIC.

Dino’s songs celebrate the subtle dance of the spirit between a man and a woman — the magic that occurs when two complementary natures collide.

They celebrate mystery — the deep interest and curiosity a man holds for a woman and a woman for a man.

They celebrate hopefulness — they focus on the future, on the hopes that one day a special person will enter your life and sweep you off your feet, a person you will love forever.

The simple, intense lyrics of his song “Sway” sum up this longing well:

Other dancers may be on the floor

Dear, but my eyes will see only you

Only you have the magic technique

When we sway I go weak

I know Dino had his peccadilloes in his personal life, but his music remains untainted. With every passing year, as coarseness seeps into our culture a little more, his songs hold more power over me.

We need to get back to the spirit of his music — the spirit of romance. I can’t think of a better day to do so than Valentine’s Day.

All we have to do is observe older couples who fell in love years ago, when Dino was still king of the charts. I marveled at the eloquence of such couples at the Dean Martin Festival last summer.

As the Dean Martin impersonator began to sing — a fellow so convincing you’d think the old crooner was there in the flesh — they sauntered to the front of the stage, holding hands. They began to sway with a sweetness and easiness that couples knew long ago.

When there was romance.