Trending Now
You are at:Home»Featured»Where Angels Fear to Tread: A Response to Andrea Tornielli on Medjugorje
By Kevin Symonds on March 7, 2012 Featured, Live in Christ, On Media 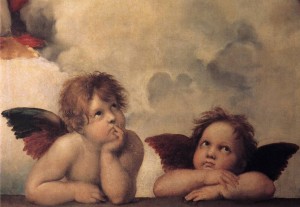 I read with interest Andrea Tornielli’s article on Medjugorje dated February 28, 2012.[i]  At the end, I was shocked to find that Tornielli provided a Latin-Italian translation of the Vatican document “Normae S. Congregationis.”  My shock was rooted in the fact that the Latin text of this document has escaped the public eye for 34 years and with good reason—it was never intended for public consumption.

Normae S. Congregationis (NC) was issued by the Congregation for the Doctrine of the Faith (CDF) to all the Church’s Ordinaries in 1978.  The document concerns norms and guidelines for Ordinaries to help them discern a private revelation if one was claimed in their territory.  When NC was issued, the CDF attached a note to the top of the document that read “Sub Secreto” (“under the secret”).  Such a note is attached to Vatican documents that are not meant for public consumption (the note was conveniently left out of Tornielli’s reproduction of the Latin text).

Since NC was issued in 1978, there have been several translations of the document.[ii]   However, no one released the Latin text to the public.  In my experience of working with NC, I have discovered three reasons for this.  First, there was a strong possibility that having the text in the public would lead to greater fraud.  Secondly, NC was written “by bishops, for bishops” and the language, terms and concepts are written accordingly.  Thirdly, people respected the “Sub Secreto” stipulation the CDF placed on the document.  When the first full translation was released in 1997, it was only after consultation with the CDF.

As someone who researches private revelation and is finishing a book on the subject, I cannot stress enough the looming threat of fraud in this area of the Church’s theology.  In this contemporary period of the Church’s history, there is a terrible lack of catechesis.  Many Catholics simply do not know their faith and are pandering to the world while others desperately seek heavenly aid against the rising tide of Secularism and turn to alleged private revelations.  They have opened a door for the devil and his angels to walk through and proclaim another Gospel.  The “Sub Secreto” note helped to preserve good order in the Church.

As time went on and translations were offered to the public, respecting the “Sub Secreto” note came to mean that the Latin text would not pass into the public forum.  While translations of NC can lead to just as much fraud, the fact of the matter is that there was always the possibility of returning to the Latin text and arguing from it.  In his zeal to promote Medjugorje, Tornielli has changed all this and in doing so he has done everyone a great disservice.  Now the liars and charlatans that are false visionaries and mystics have another tool with which to manipulate people.  Once you know how something operates, you can better manipulate it.

Furthermore, NC is not a document that is going to be readily understood by the average person.  As I said earlier, it was written “for Bishops, by Bishops.”  In other words, it was meant to be an “in-house” document.  The concepts and terms contained within the document necessarily require two things: pastoral and theological knowledge and/or expertise.  Even then, this is not a guaranteed fail-safe as is evidenced by the very story in which Tornielli published the Latin text.[iii]  There is much confusion that abounds about the text given how it was written and its intended audience.  As such, NC requires careful study.  I would also add that though it is disputed, there are credible reports that the Vatican is updating NC.[iv]

On a final note, I wish to say something further about Medjugorje.  It is, by far, the biggest fraud put on for pious people in our times.  Many have been in such a rush to promote it that they have not heeded the Church’s teachings.  Unless he had permission to publish the Latin text of NC, Tornielli’s apparent disobedience to Church authority is only one demonstration of Medjugorje’s real “fruits,” in addition to the many lies, slanders and deceits it has perpetrated.  I call upon Tornielli to explain himself and in the meantime, it is my sincere hope that this matter will be a talking point for the Vatican’s commission of inquiry into the Medjugorje phenomenon.

[Kevin Symonds is one of the translators of Normae S. Congregationis, the document discussed in this article.]